(Looking After Each Other) ​ 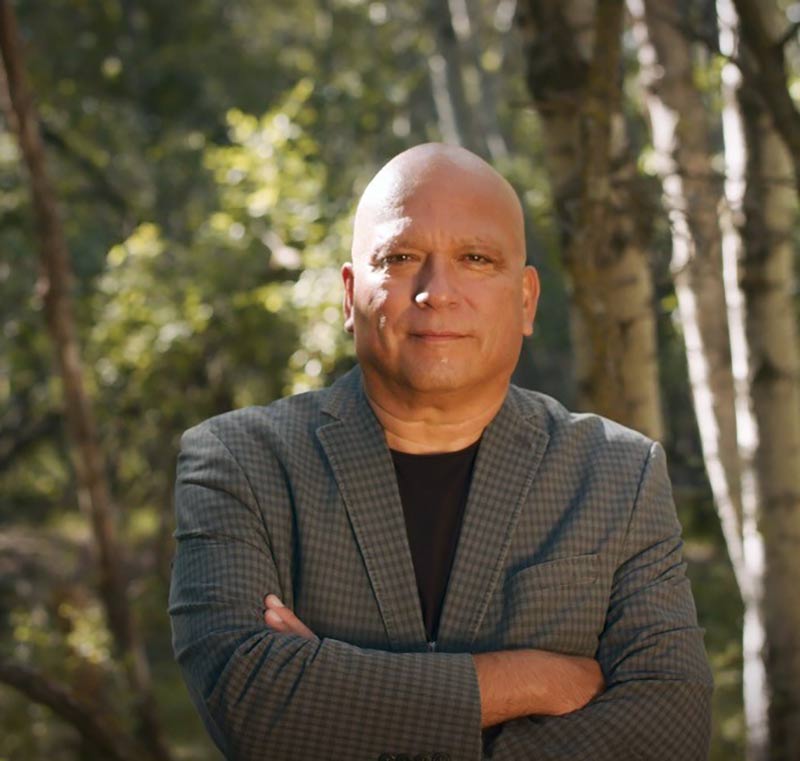 Dr. Nel Wieman, Anishinaabe (Little Grand Rapids First Nation, Manitoba), is the ​Acting Deputy Chief Medical Officer for the First Nations Health Authority and has served as the President of the Indigenous Physicians Association of Canada (IPAC) since 2016. Dr. Wieman completed her medical degree and psychiatry specialty training at McMaster University. Canada’s first female Indigenous psychiatrist, Dr. Wieman has more than 20 years’ clinical experience, working with Indigenous people in both rural/reserve and urban settings. Her previous activities include co-directing an Indigenous health research program in the Dalla Lana School of Public Health at the University of Toronto and the National Network for Indigenous Mental Health Research, being Deputy Chair of Health Canada’s Research Ethics Board, and serving on CIHR’s Governing Council. She has also worked and taught in many academic settings, has chaired national advisory groups within First Nations Inuit Health Branch – Health Canada, and has served as a Director on many boards, including the Indspire Foundation, Pacific Blue Cross and the National Consortium on Indigenous Medical Education. Specializations: COVID-19 Response, Vaccine Confidence, Mental Health and Wellness / Addictions, Trauma-Informed Practice, Cannabis, Communications and Wellness Initiatives. 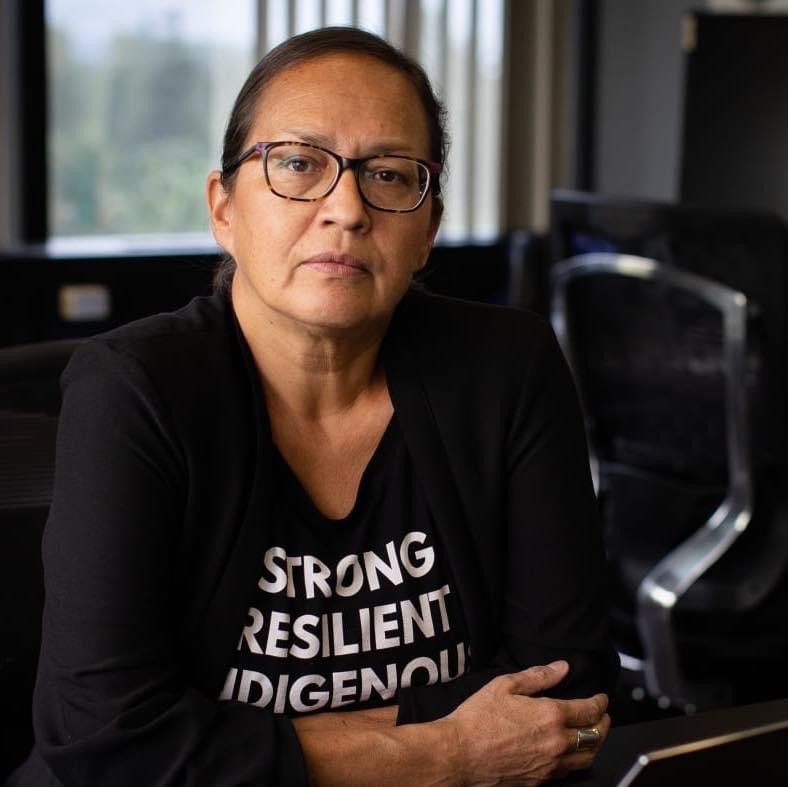 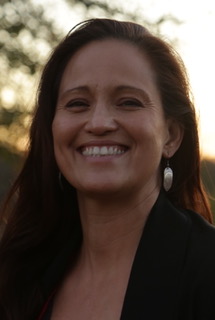 Ojistoh Kahnawahere Horn is a Haudenosaunee  family physician whose mother is from Kahnawake and father is from Akwesasne. Providing full spectrum care to her people has been rewarding, challenging, and very thought provoking.  She also supervises and teaches students and family medicine residents from Queens, McGill and the University of Ottawa’s medical schools.  Her wide interests include environmental determinants of health and holistic approaches to providing primary care to indigenous communities. 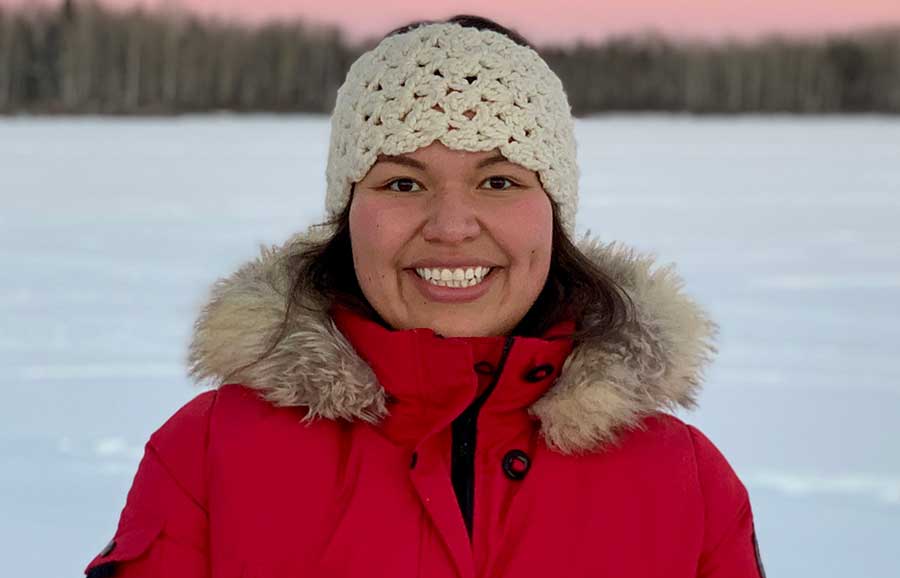 Dr. Becky Neckoway is a proud Indigenous woman who is Ojibway from Eabametoong and Cree from Fox Lake Cree Nation. She has been practicing rural family medicine for almost 6 years and the majority of her work has been focused on serving First Nation communities in Northwestern Ontario and working as a hospitalist in Sioux Lookout.

Sylvia McAdam (Saysewahum) is from the Treaty 6 lands in what is now called “Canada.”  She is a direct descendant of Treaty peoples and Original peoples of these lands. Sylvia is from the nēhīyaw Nation. She has her Juris Doctorate from the University of Saskatchewan and a Bachelor’s degree in Human Justice from the University of Regina.  Sylvia is co-founder of a global grassroots Indigenous-led movement called “Idle No More.” Idle No More has changed the political and social landscape of Canada as well as reached the global community to defend and protect all lands, waters, and animals.

Sylvia is also co-founder of the “One House Many Nations” Campaign, which designs off-the-grid sustainable tiny-homes to address and raise awareness about the epidemic unacceptable proportions of homelessness in such a wealthy state as “Canada” especially amongst Indigenous/Original peoples.

Through the work of protecting land and water, Idle No More has been selected for several awards, namely: the Carole Gellar Human Rights Award, Foreign Policy Top 100 Global Thinkers 2013, Social Justice Award, and 2014 Global Citizen Award. Most recently, it was awarded the Margolese National Design for Living Prize. 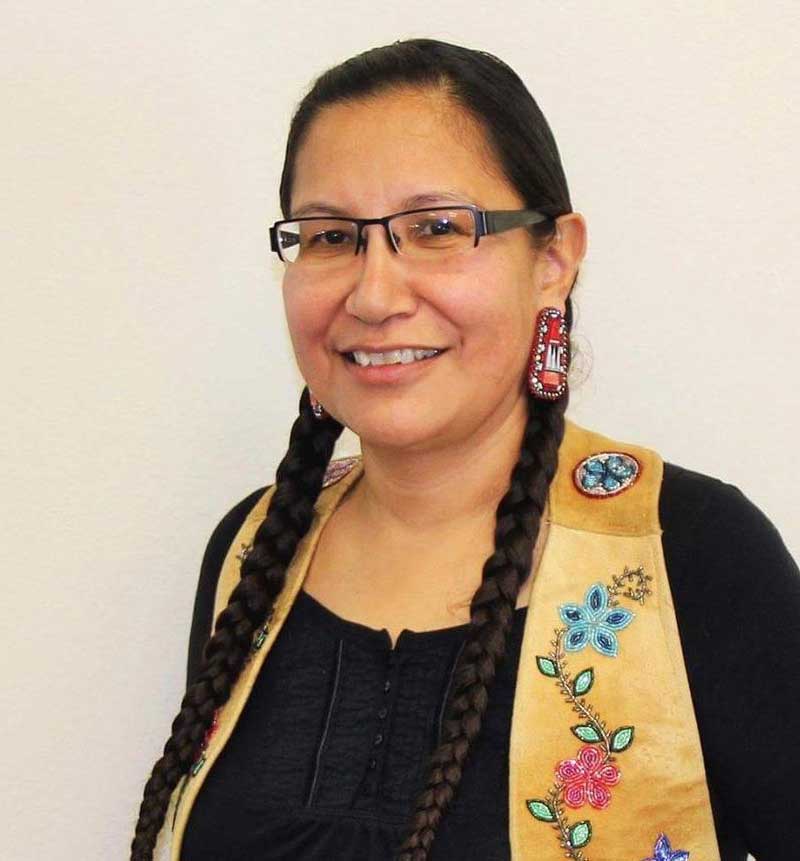 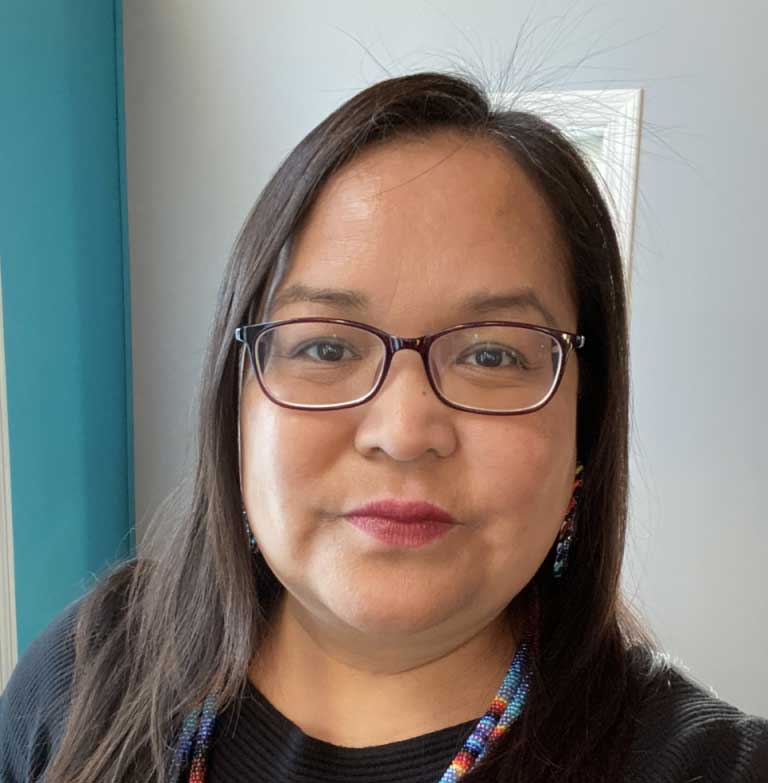 Tania Cameron is the Northern Regional Coordinator at Aboriginal Sports and Wellness Council of Ontario. Prior to holding this position, Tania was the Executive Assistant to the Regional Chief at the Chiefs of Ontario, and before that also worked as a Resource Technician at Wabauskang First Nation.   Tania is a graduate of the Aboriginal Self-Government Administration Program from Red River College, in Winnipeg.

Nancy Mike currently works as a Research Associate: Community & Family Health for a local non-profit organization called Qaujigiartiit Health Research Centre in Iqaluit, Nunavut. Nancy attended Nunavut Arctic College and completed her BScN in 2015, has worked as a nurse at the In-patient unit at the Qikiqtani General Hospital and at the Iqaluit Elder’s home. She is a Researcher, nurse, an accordionist, throat-singer, visual artist and author originally from Pangnirtung, Nunavut. She now lives in Apex, Iqaluit, and is a mother of three daughters and truly enjoys utilizing her Inuit culture and language in all the work that she does. 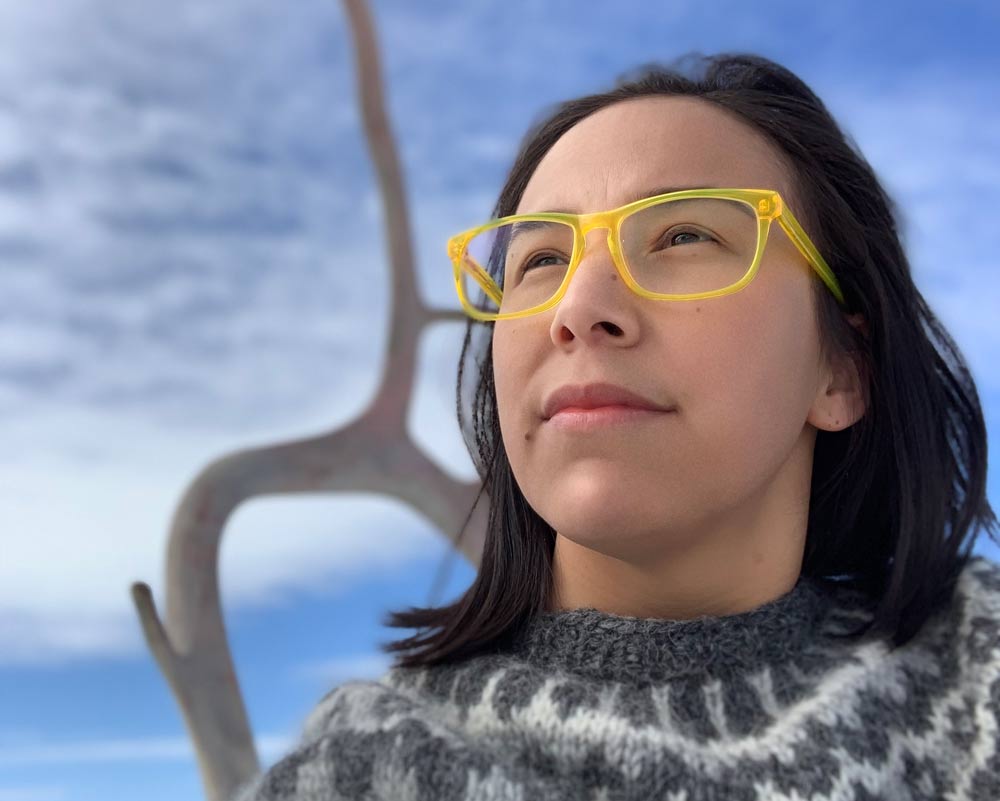 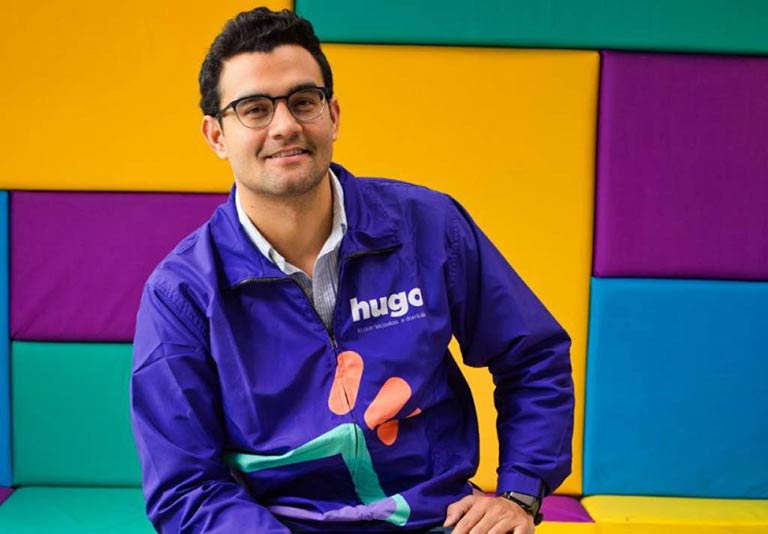 Alejandro Argumedo is Director of Programs and Andean Amazon Lead of Swift Foundation. He is a recognized indigenous Quechua leader and currently serving on the Board of Directors of Asociación ANDES of Cusco, Peru and SeedChange of Ottawa, Canada. He is also Advisor to the Potato Park, current Coordinator of the International Network of Mountain Indigenous Peoples and “Champion” of the global initiative “Food for Ever”. Alejandro is an agronomist by training, has served on various expert panels for the UN and other relevant bodies and consulted for national and international organizations.

Keshab Thapa was born in Thapathana, Parbat – a small village in Western Nepal. They belong to the Bagale Thapa clan of the Kshyatri caste of Nepal. My research is related to Indigenous Sovereignty, Indigenous land use, community-led biodiversity management, traditional ecological knowledge, and climate change adaptation. I have 9 years of experience in community-based research and development in climate change adaptation, sustainable agriculture and participatory biodiversity management in Nepal. I have travelled to India, Bangladesh, Bhutan, Philippines, Norway, Netherlands, Ethiopia, the USA, Ecuador, and Canadian provinces to share my work and learn from researchers, policy makers and community members in various meetings and conferences. In Canada, I focus on learning from the experiences and perspectives of Indigenous community members, Indigenous scholars, and decolonizing researchers. 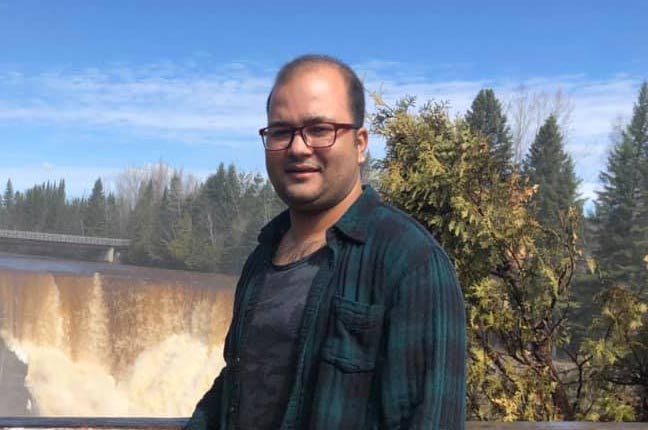 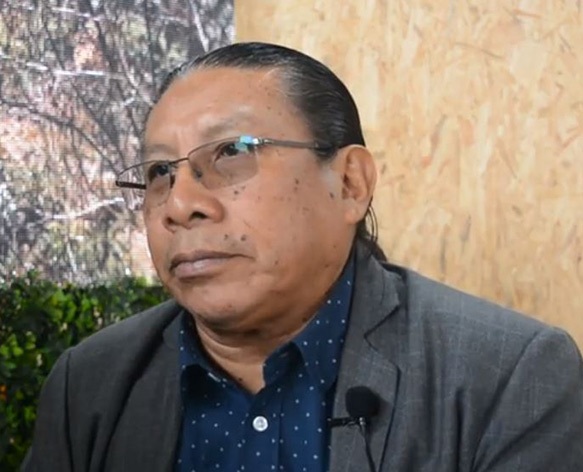 Onel Masardule, is an Indigenous Guna from Panama. Onel is the Executive Director of the non-profit Foundation for the Promotion of Indigenous Knowledge (FPCI) in Panama. Onel’s work focuses on direct action and advocating for change in areas of Indigenous rights, conservation and biodiversity in Latin America.

Iqaluit Nunavut, Mary-Lee Sandy-Aliyak is Indigenous Inuk to Canada. Living in Canada’s northernmost territory, some of which is located above the Arctic Circle. While Mary-Lee spends plenty of time on stage, you can often find her with a needle and thread in her hands, as she has sewn for as long as she can remember after having learned it from her mother and grandmother. Mary-Lee’s original designs have certainly been noticed.  A well-known and sought-after comedian, Mary-Lee takes part in many events from qulliq lighting, drum dancing, baking, traditional sewing and clothing education, Tech crew for concerts, Translations to Inuktitut on stage, Stage manager for events, Comedian and Master of ceremonies for all kinds of events. In the variety of different events for a better community, having strong traditional knowledge from her grandparents and leadership qualities, Mary-Lee ensures the Inuit Culture and language is showcased. Mary-Lee also takes part in many movements, such as Mental Health in Nunavut, Violence against women, Black Lives Matter (Indigenous Lives Matter), Suicide Prevention, and many others for a better community, a better Nunavut and strongly feels Inuktitut is important in every event and that Inuit in Nunavut should always be a part of every event, concert or shows. 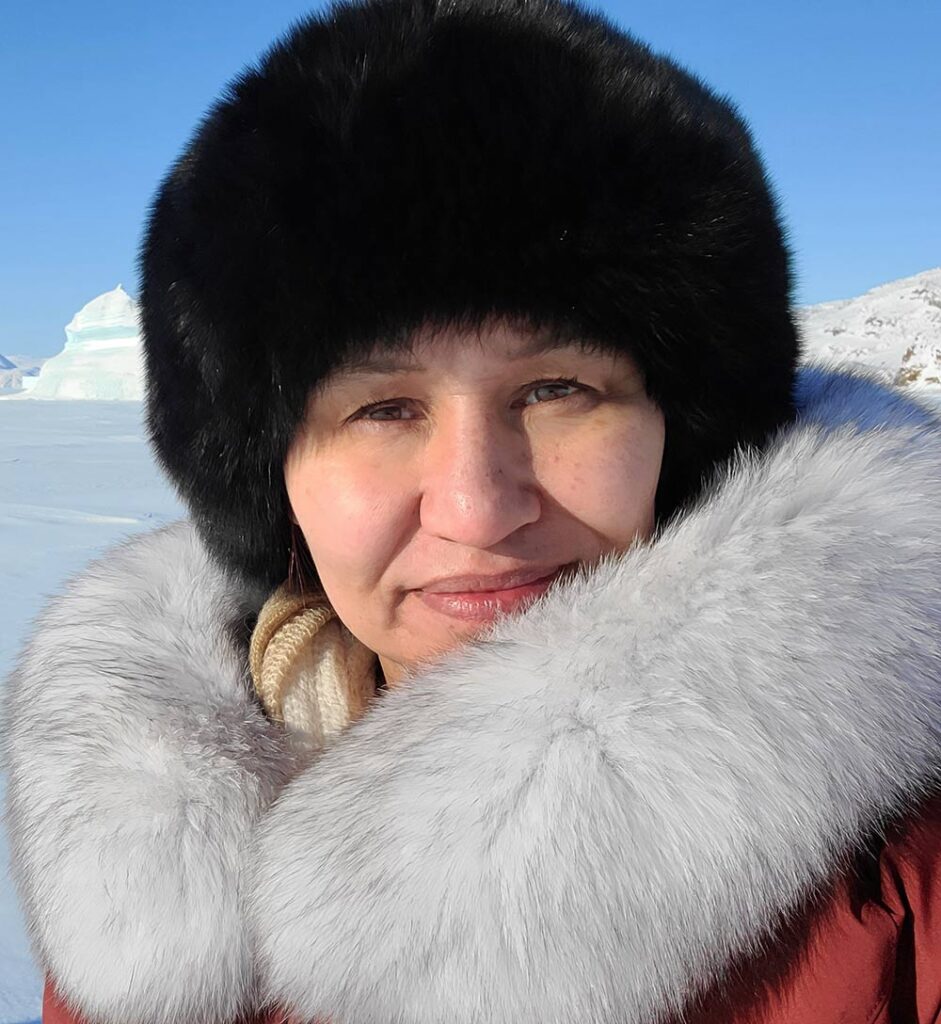