COVID-19 was first identified on December 31 2019 in Wuhan, China. It has quickly become a global emergency with the World Health Organization, declaring COVID-19 as a global pandemic, and recognizing that it represents a substantial threat to global markets, geopolitics and human health alike.​

Studies on other pandemics including SARS, MERS, and H1N1 show that disadvantaged groups generally suffer the greatest incidence and mortality rates. With respect to H1N1, Indigenous communities in Canada had three times the incidence rates and 15 times the hospitalization rates than that of the general public, in part reflecting long-standing health inequities across the country.

Countermeasures were generally inadequate and at worst created more harm than good. Communities had poor access to medical experts and supplies and misinformation generated uncertainty and fear that persists today. Yet, many communities and Indigenous organizations also responded, effectively mitigating the effects of H1N1.

The outbreak of COVID-19 thus represents a critical moment. On one hand the same mistakes could be repeated, while on the other, there is an opportunity to anticipate these in ways that Indigenous priorities play the core role in shaping countermeasures here and into the future.

i) to identify past experiences with other pandemics and to explore any differences in countermeasures and how these have evolved over time;

iii) to assess any gaps in health and social services in Indigenous communities;

iv) to address any such gaps through community engagement and workshops;

v) to use the “Our Data Indigenous” app to address issues of data sovereignty and to increase access to and control over relevant data in Indigenous communities; and

vi) to develop culturally relevant and useful information resources for community use regarding the COVID-19 pandemic.

Project Activities will evaluate the implications of past and existing countermeasures to pandemics with respect to Indigenous communities across Canada and address any gaps in understanding and support related to COVID-19 and other pandemics in the future. 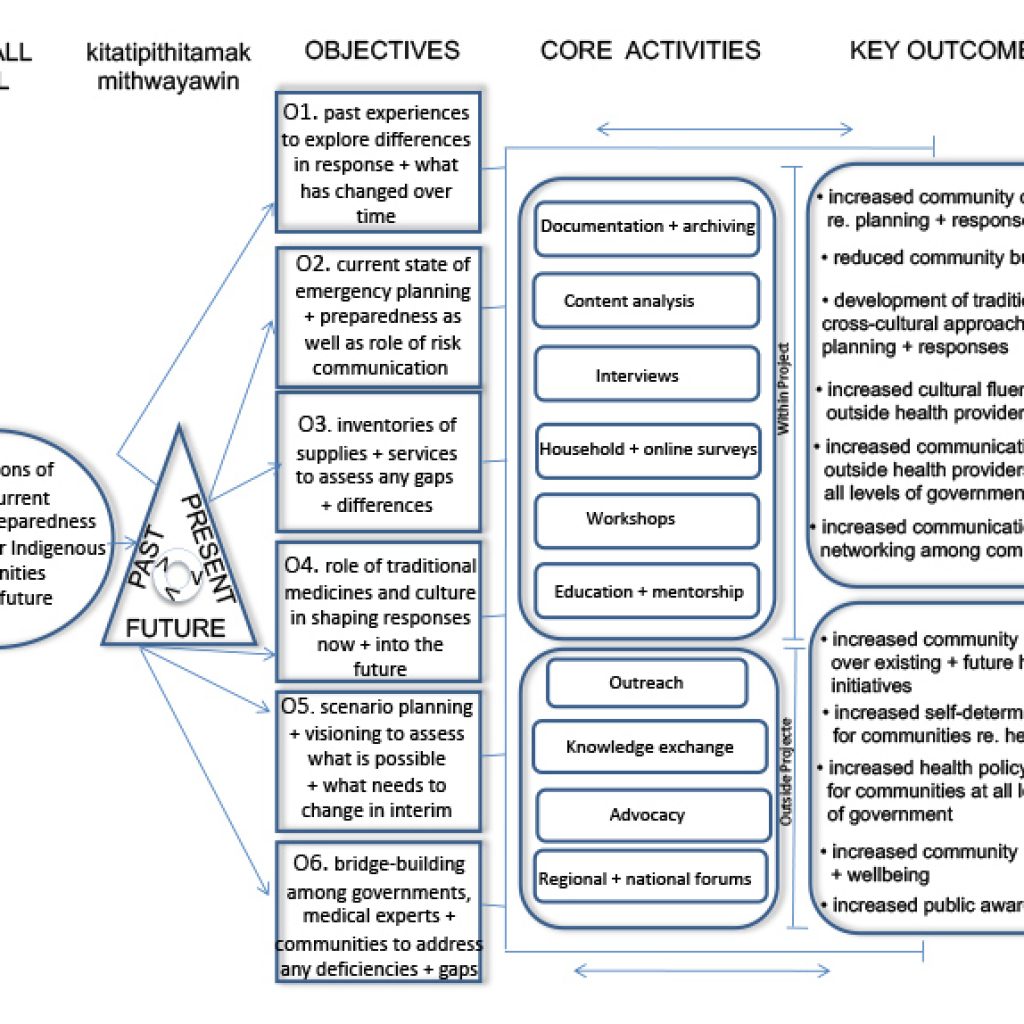