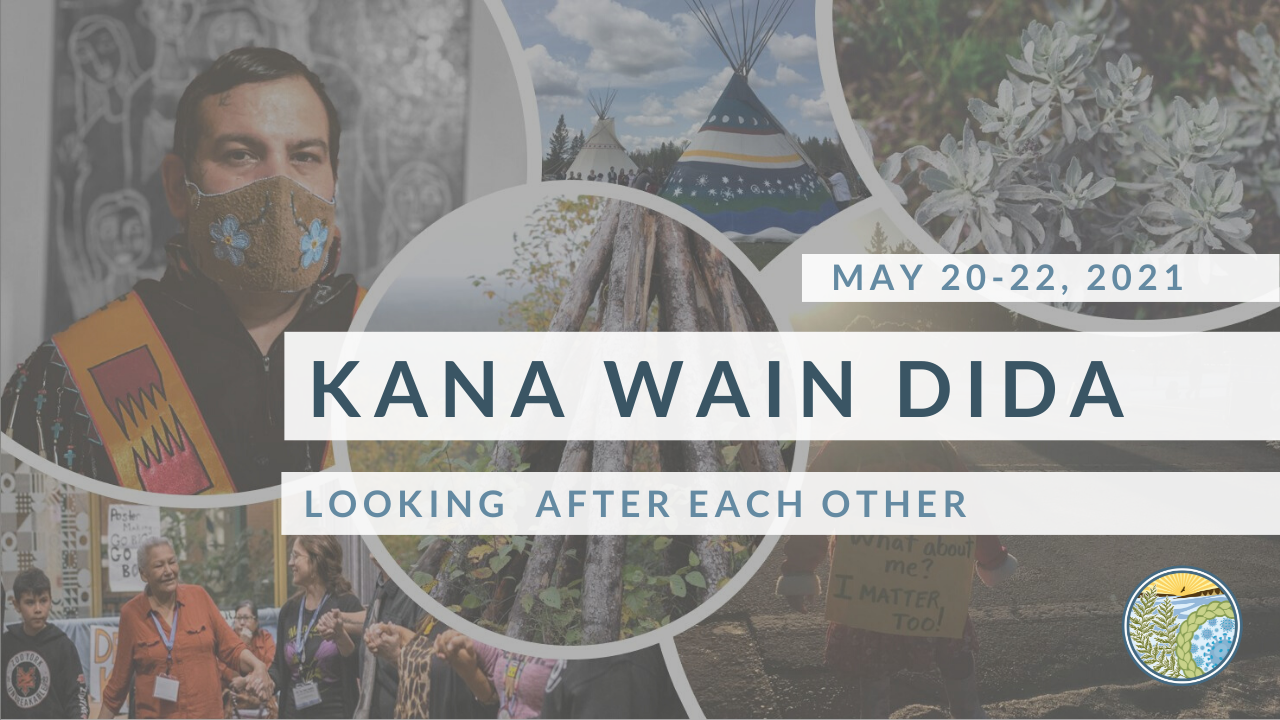 In May 2021,  the Kana Wain Dida International conference and gathering brought together community members, academics, medical professionals, youth, and more, to learn and share with one another in the midst of the pandemic. This collection of Indigenous voices and experiences goes beyond the pandemic. From sharing lived experiences, to addressing health and wellbeing challenges and opportunities, as well as celebrating and remembering, this collection of workshops, resources and stories from the Kana Wain Dida gathering is an opportunity to continue to learn and grow with one another.

Indigenous Gender Politics of Care in the Time of COVID

Jennifer Nez Denetdale is a citizen of the Navajo Nation. She is professor of American Studies and a historian. She is the author of Reclaiming Dine’ History: The Legacies of Navajo Chief Manuelito and Juanita (University of Arizona Press), two Navajo histories for young adults and numerous articles and essays. She is the chair of the Navajo Nation Human Rights Commission. 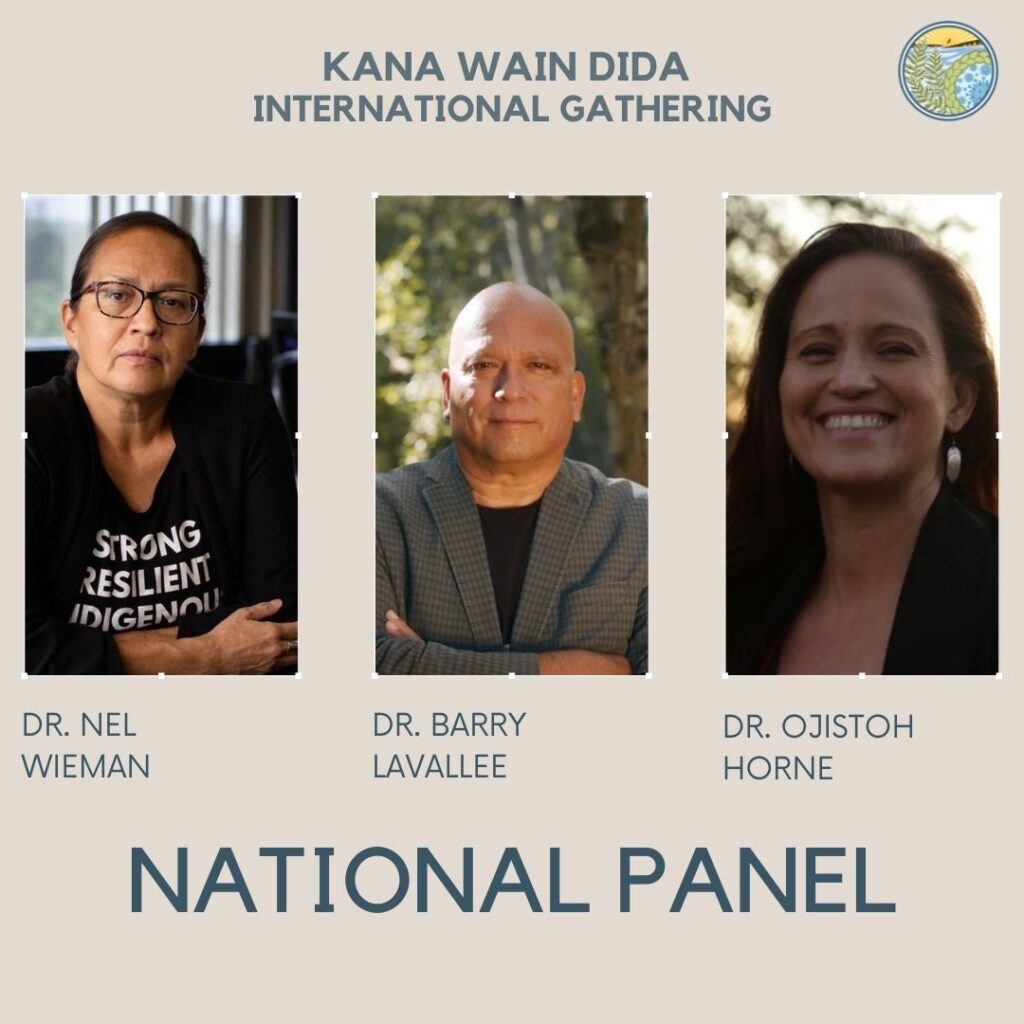 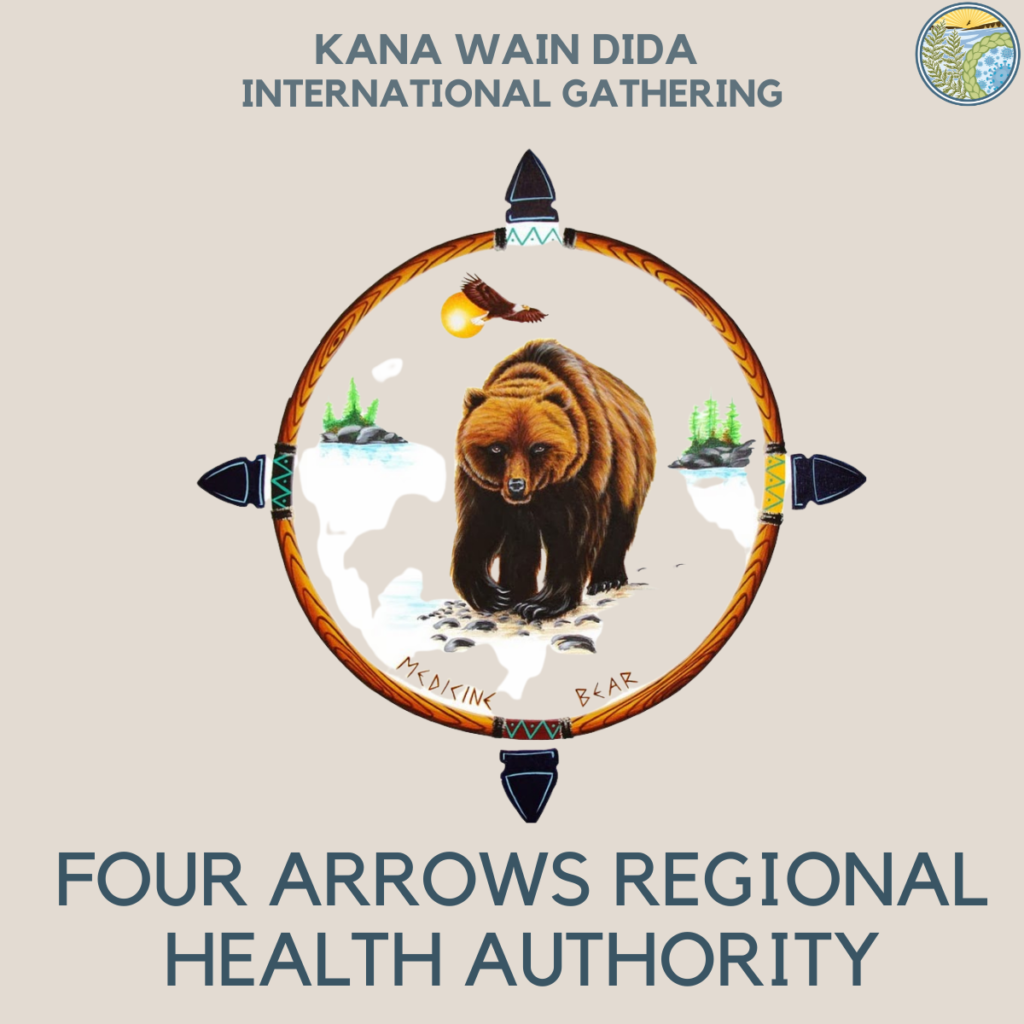 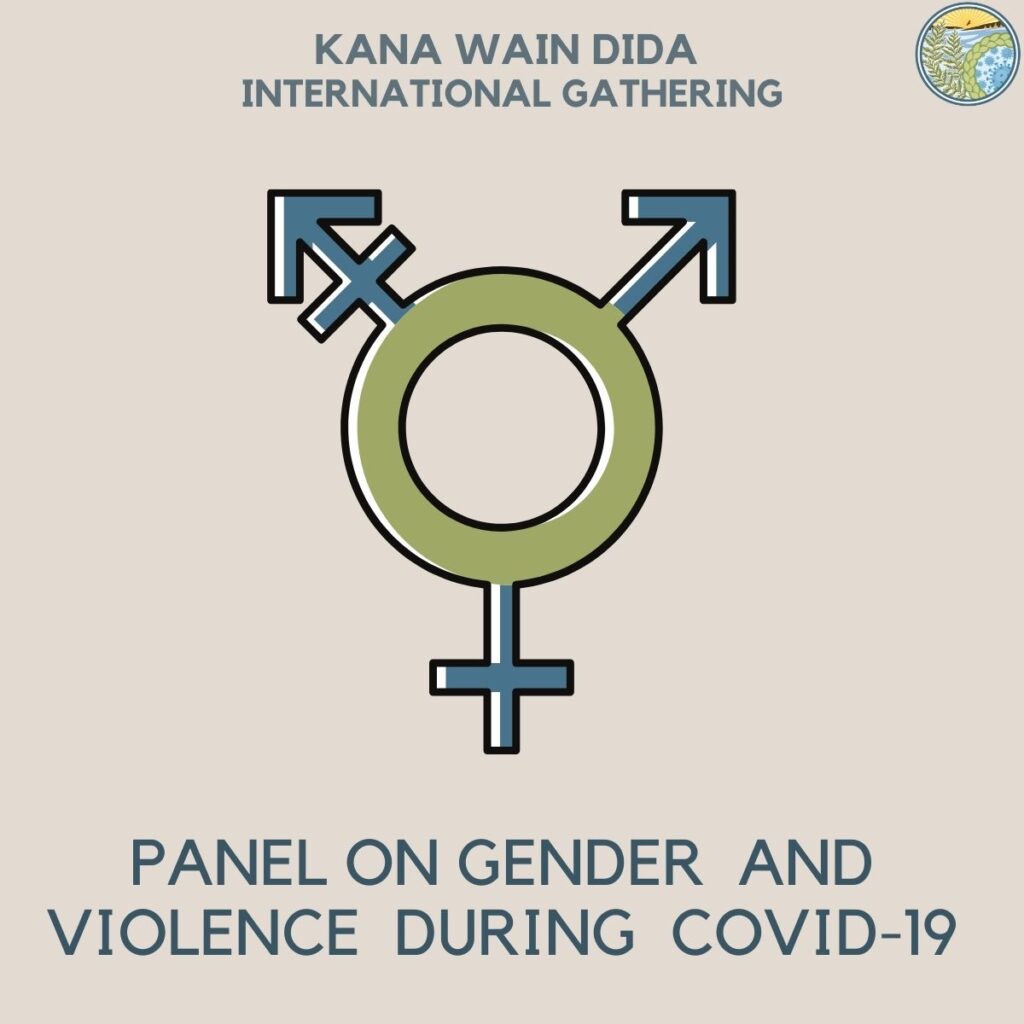 Panel on Gender, Violence and COVID 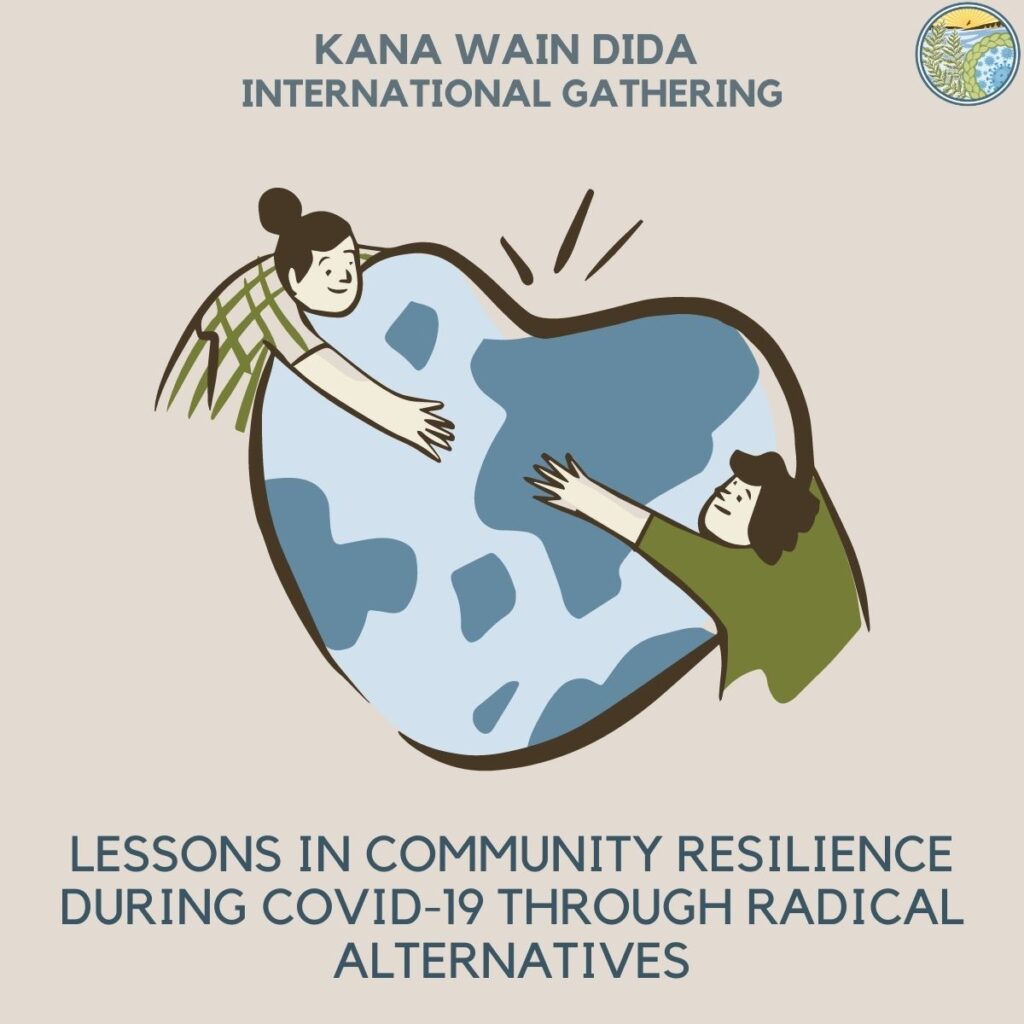 Lessons in community resilience during COVID-19 through radical alternatives

Vasna Ramasar (Global Tapestry Alternatives) In this session, we will share experiences and collectively explore how communities in different parts of the world have built resilience in the face of the multiple impacts of the COVID-19 pandemic (on health, food … 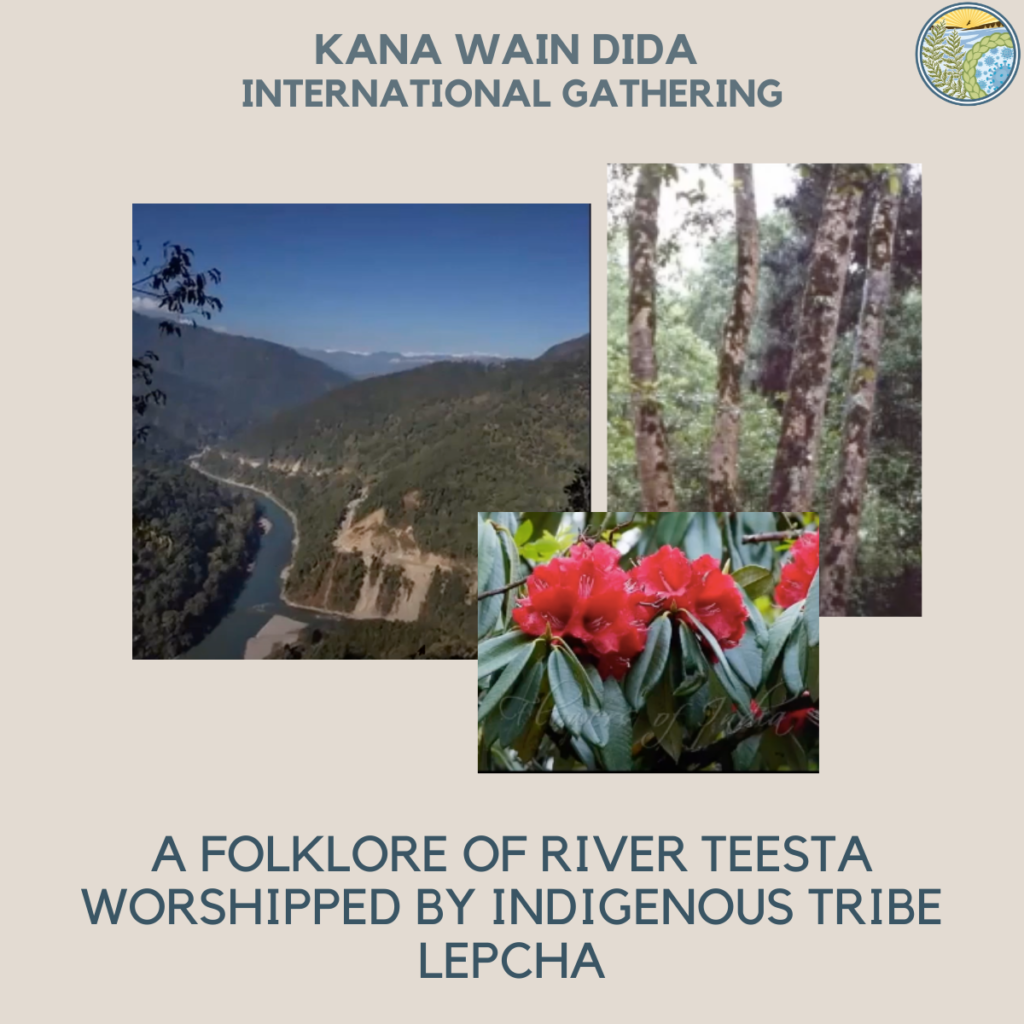 A Folklore of River Teesta worshipped by Indigenous tribe Lepcha

Minket Lepcha Join an interactive storytelling session led by Minket Lepcha as she shares community stories of River Teesta and Mountain Khanchendzonga. She takes the listeners through these mountains and rivers and helps connect with the forest inside the listener’s … 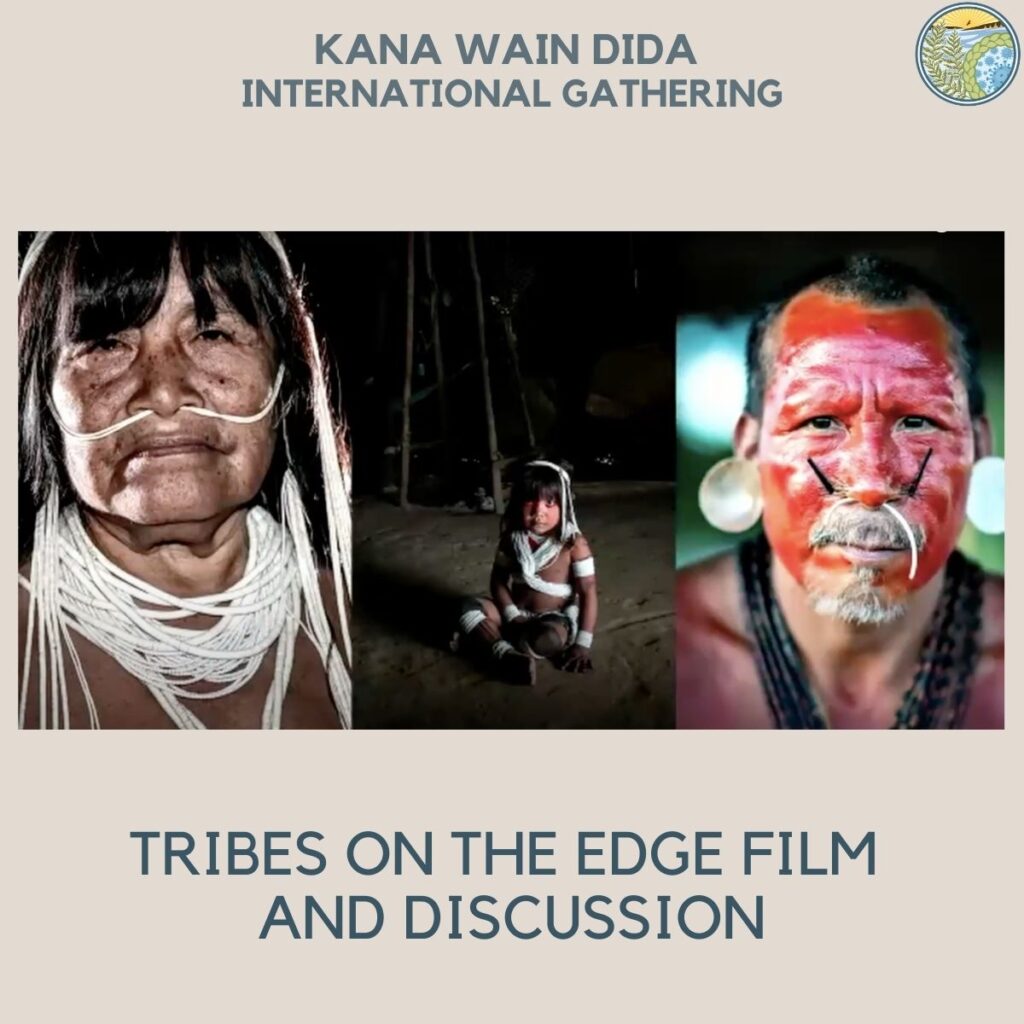 Tribes on the Edge Film and Discussion

Celine Cousteau; Los Angeles, USA Join Director of Tribes on the Edge, Céline Cousteau for a discussion and Q and A , as she explores the timely topics of land threats, health crises, and human rights issues of Indigenous Peoples … 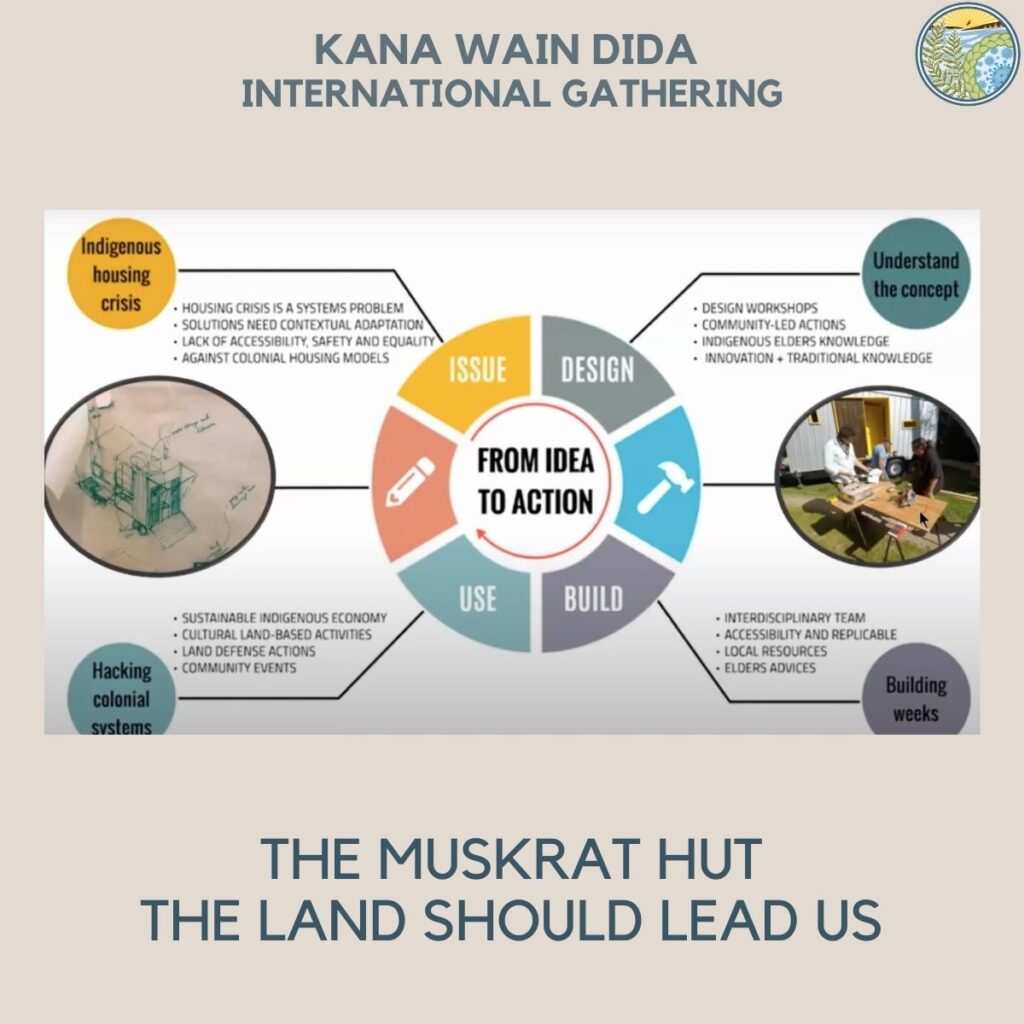 Débora Boratto (UFMG Brazil), Dr. Alex Wilson (University of Saskatchewan), Asfia Kamal (University College of the North) The WHO considers shelter as an essential determinate of health. Even so, many Indigenous communities in Canada suffer from housing insecurity. This paper … 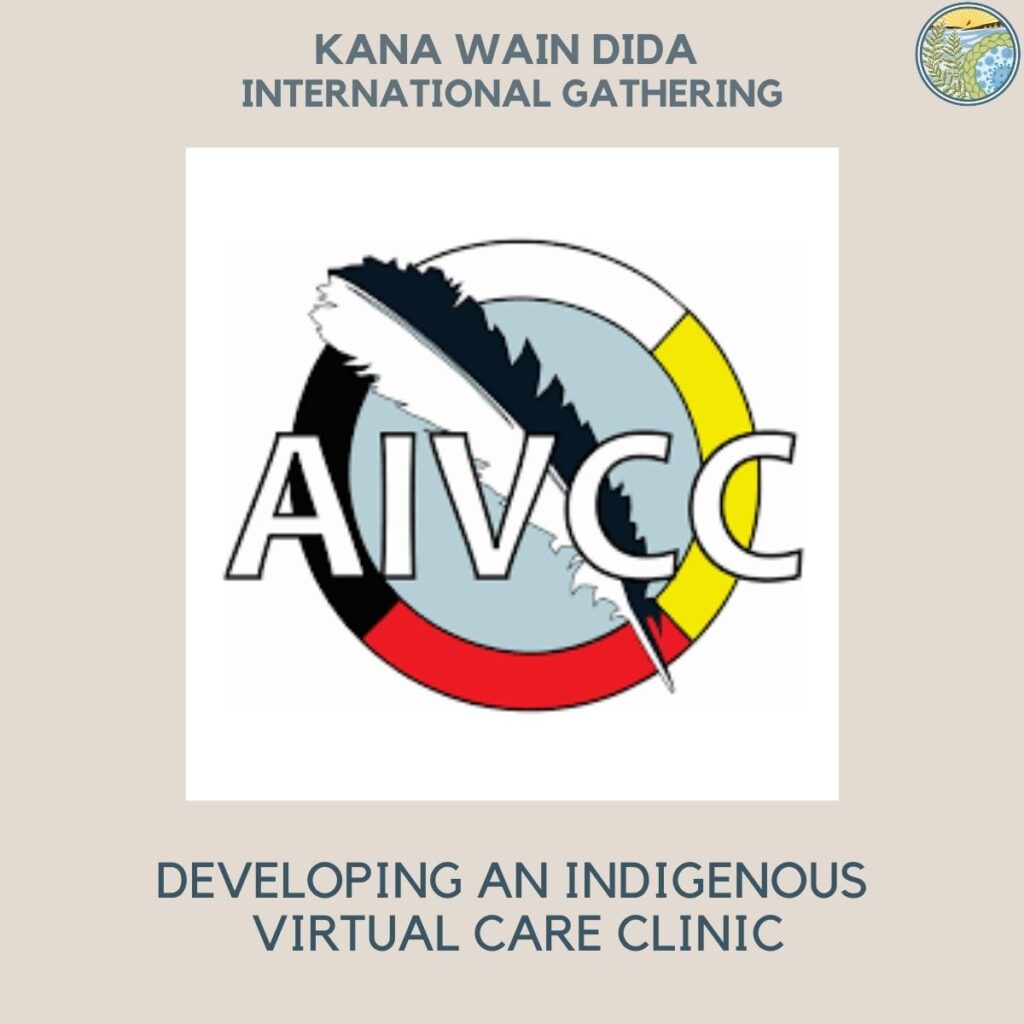 Caroline Turner, Paige Wall, Michelle Hoeber This panel will discuss some of the benefits and challenges associated with setting up clinics and providing services virtually. Discussion will include how to facilitate in-person care when required and the future of virtual … 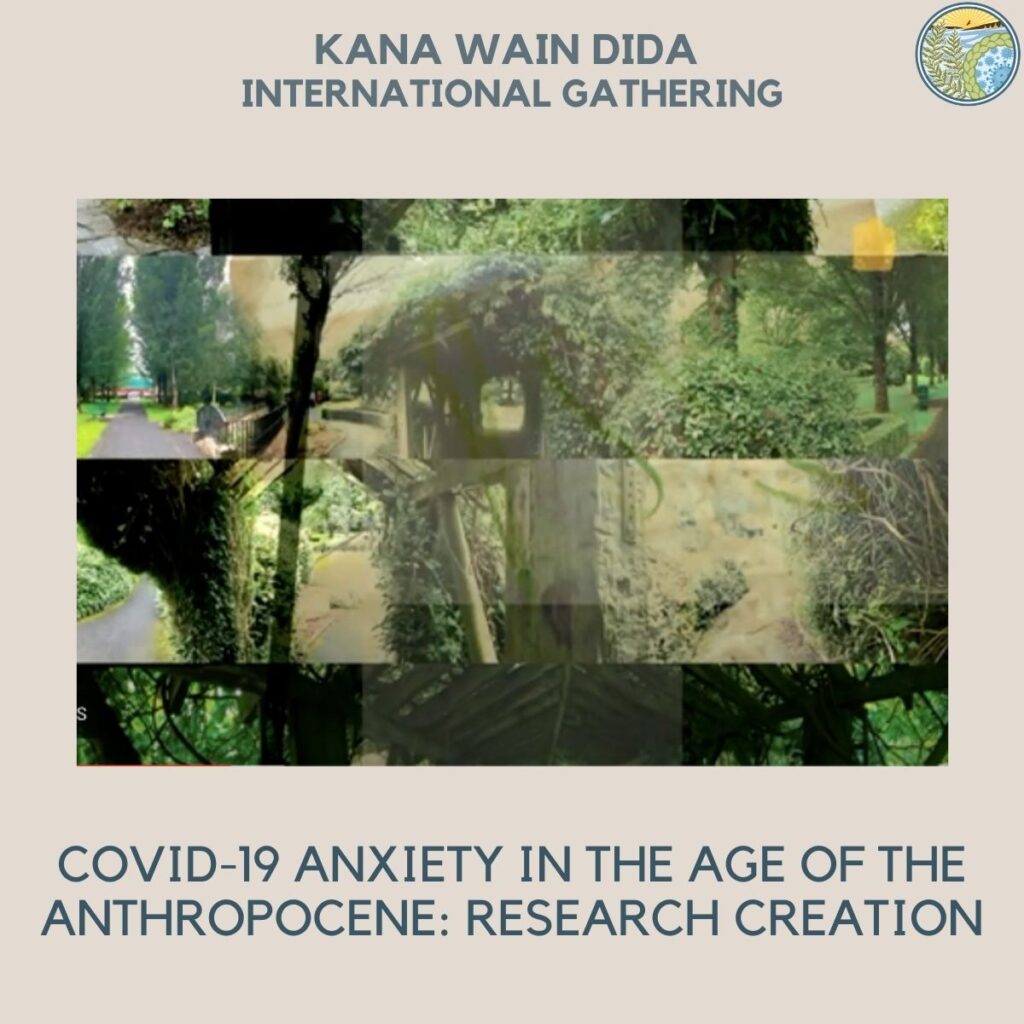 COVID-19 Anxiety in the age of the Anthropocene: research creation

Dr. Joanna Black (University of Manitoba); Dr. Pam Patterson, Daniel Payne (OCAD University) We invite attendees to join this discussion panel of artists, educators, curriculum specialists, and researchers in art and design education to speak to our activities as artists, … 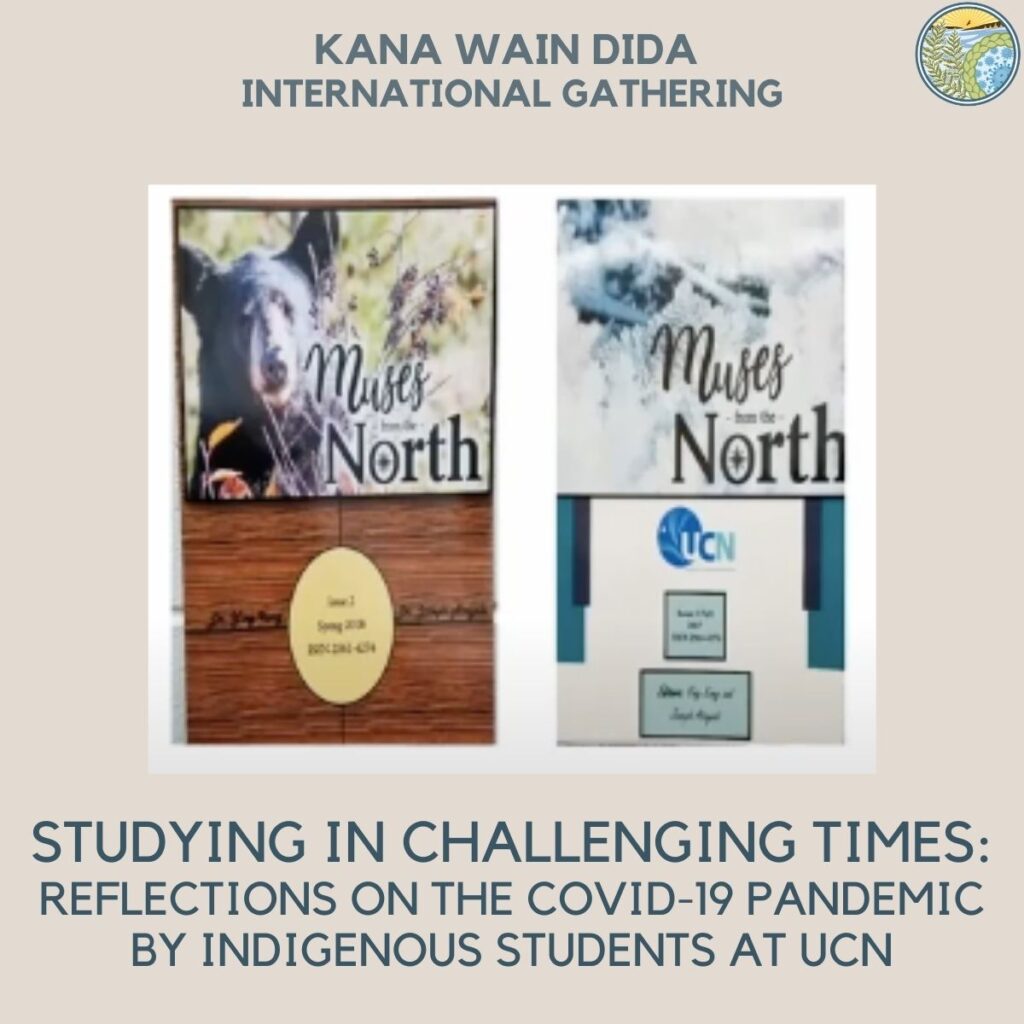 Studying in Challenging Times: Reflections on the COVID-19 Pandemic by Indigenous Students at the University College of the North 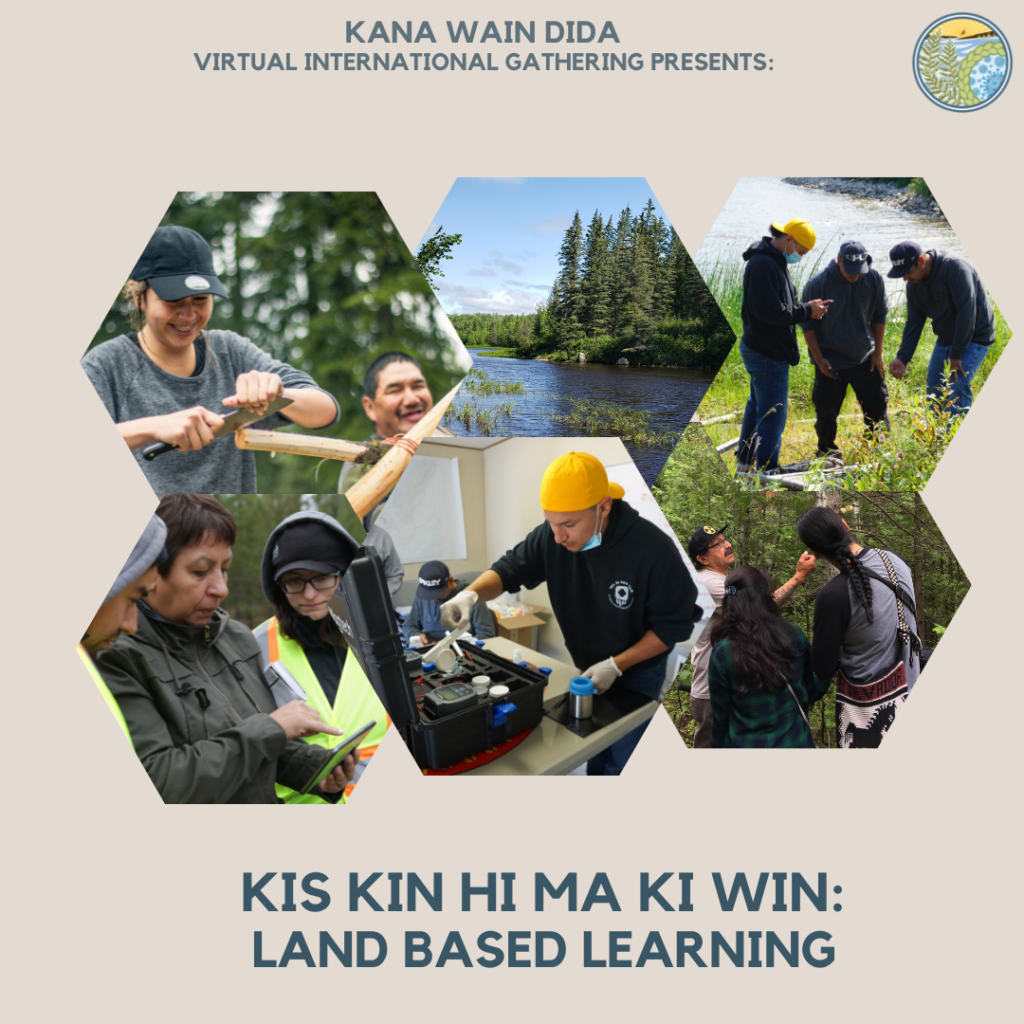 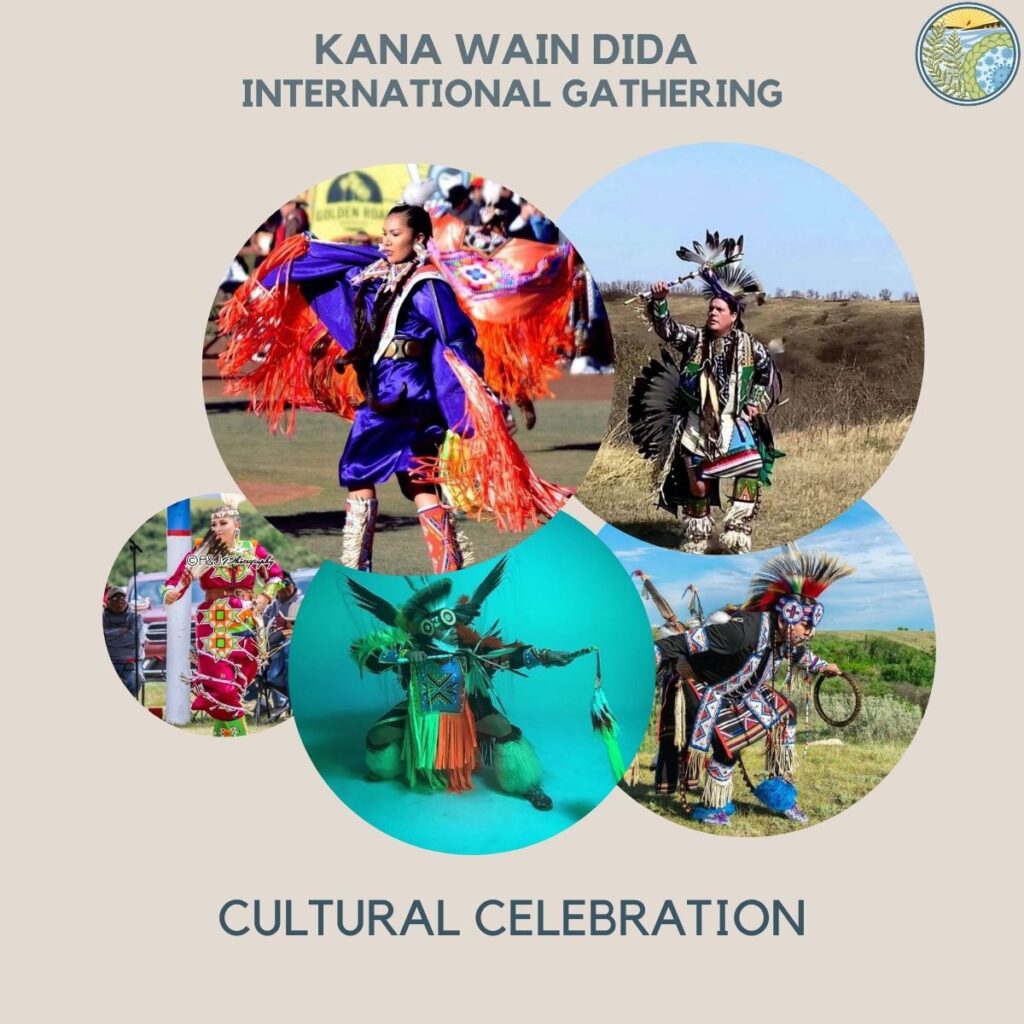 Join us for a night of Cultural Celebration, as we bring together Indigenous performers from around the world to share their culture with us. We have a variety of presenters and performers from across North America who will be singing, …

Pandemic Lessons from Aotearoa – Racism is the Real Virus

Dr Rawiri Taonui is a semi-retired independent academic writer. Dr Taonui was the first Professor of Indigenous Studies in New Zealand. He was a Professor of Māori and Indigenous Studies and Head of the School of Māori Art, Knowledge and Education at Massey University and the Head of the School of Māori & Indigenous Studies at the University of Canterbury. Rawiri is a well-known political commentator and writer. He has written and delivered over 750 features, columns, articles, documentaries and conference presentations and won nine writing awards. Rawiri has presented papers at the UN Permanent Forum on Indigenous Issues (New York) and the UN Experts Mechanism on the Rights of Indigenous Peoples (Geneva) and was co-editor of Conversations About Indigenous Rights: The UN Declaration of the Rights of Indigenous People and Aotearoa New Zealand (2017) evaluating the 10th Anniversary of the UN Declaration on the Rights of Indigenous Peoples. Dr Taonui has been one of the principal Māori commentators and writers on the Covid-19 Pandemic in New Zealand. He is the Principal Advisor to the National Iwi Leaders Chairs Forum Pandemic Response Group (covering the main 76 tribal groups), an Advisor to the Office of the Kingitanga and Ngā Marae Tōpū (this includes the leadership of 65 traditional communities in the Waikato-Tainui area) and an Advisor to Te Kahu o Taonui (the tribal collective representing the seven main tribes in Northland). 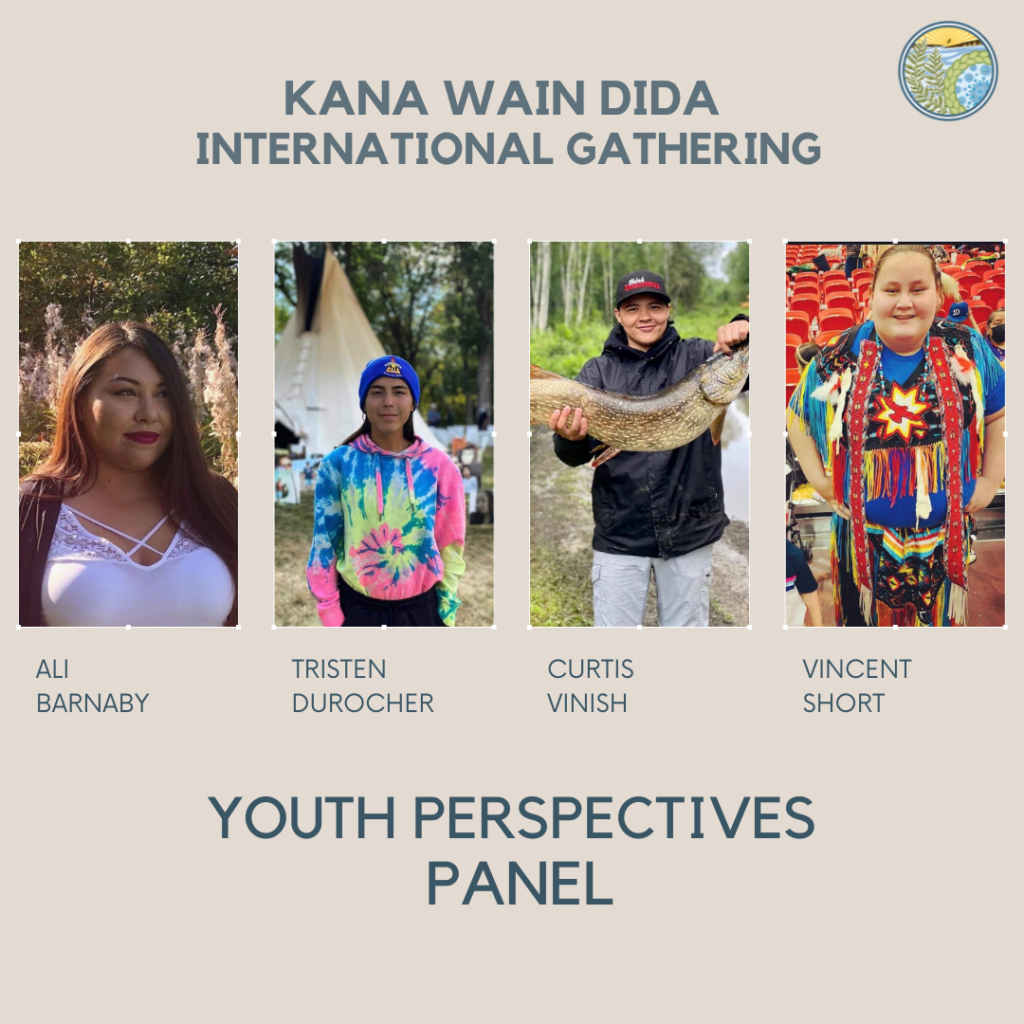 Tristen Durocher Ali Barnaby Curtis Vinish Vincent Short This panel will focus on what youth are experiencing with regards to education, leisure, mental health and wellbeing during the COVID-19 pandemic. Youth will reflect on their current situation, and what they … 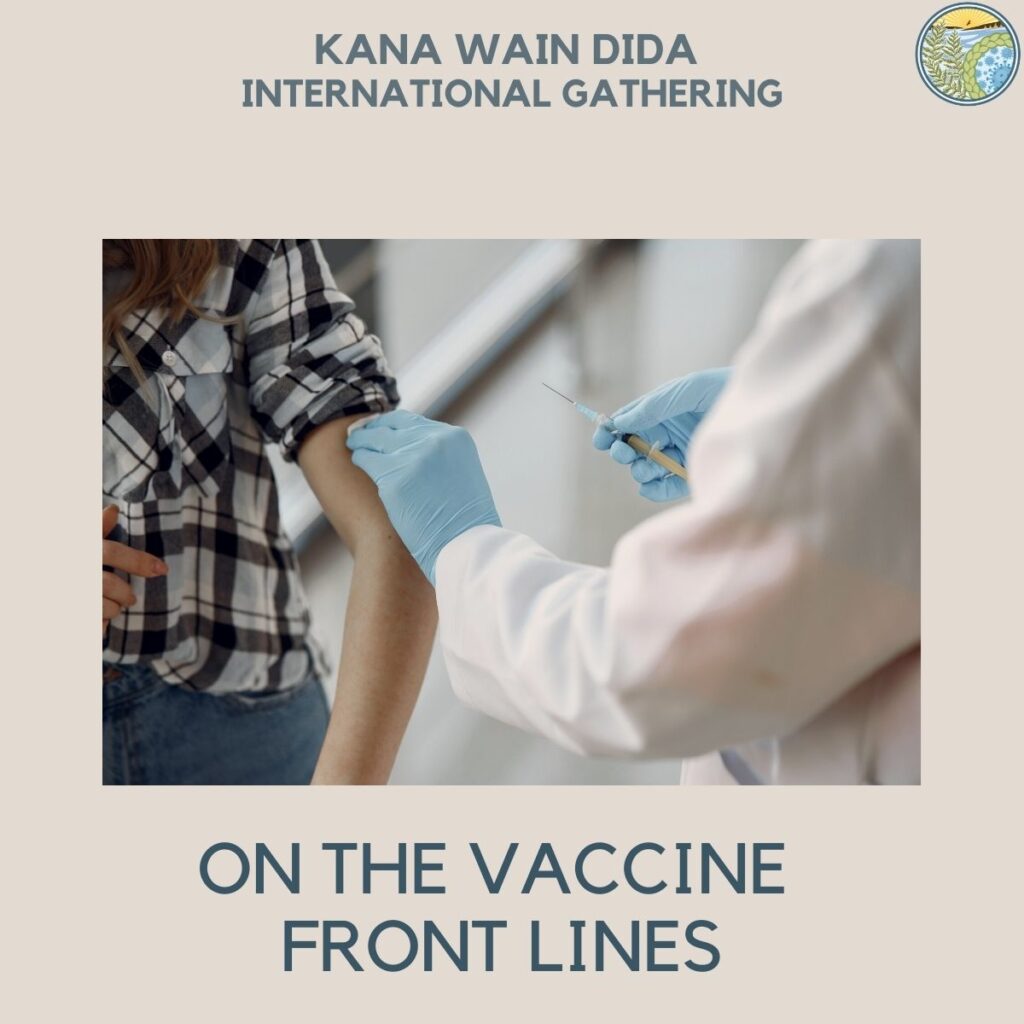 On the Vaccine Front Lines

Diane Redsky Byron QJ Beardy Redsky Campbell Vaccines have emerged as an important and highly effective public health response to the COVID-19 pandemic. Yet, many are also hesitant about this technology, especially with Black and Indigenous and other people of … 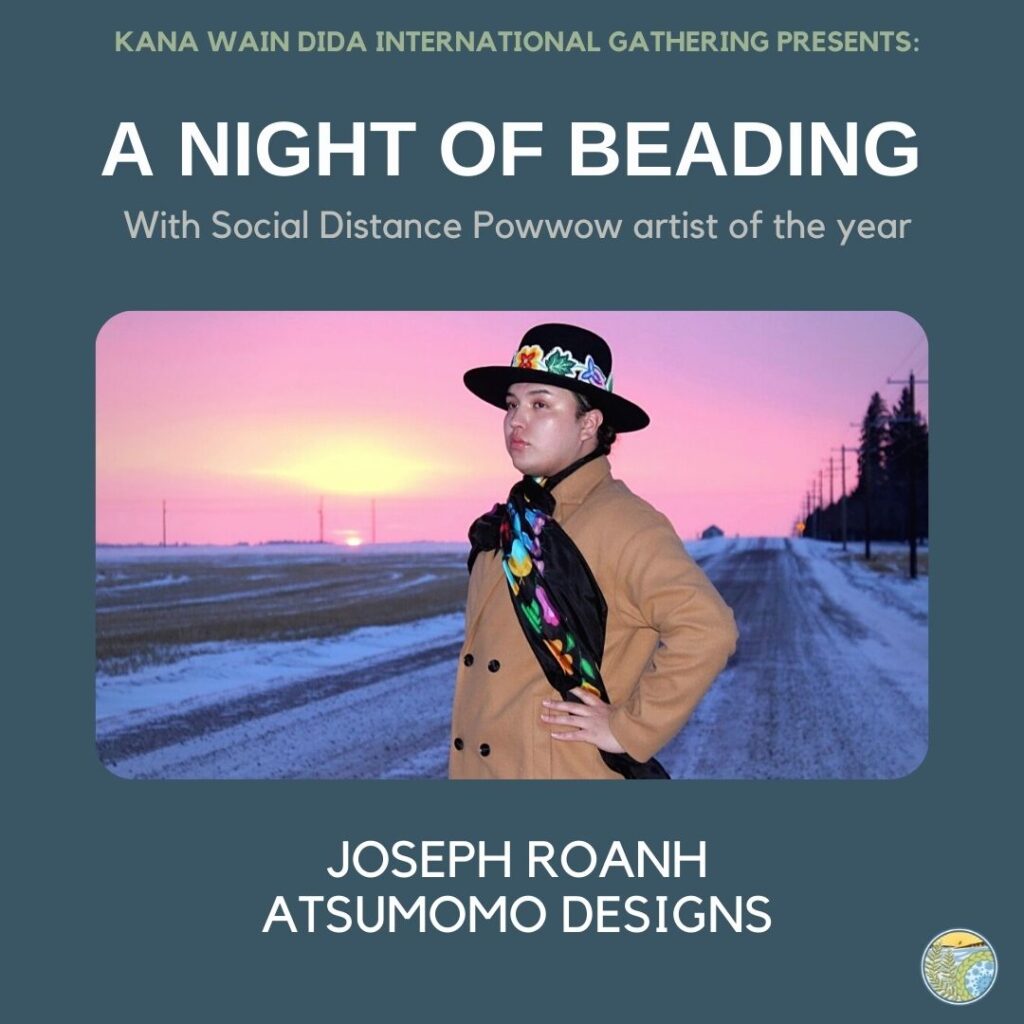 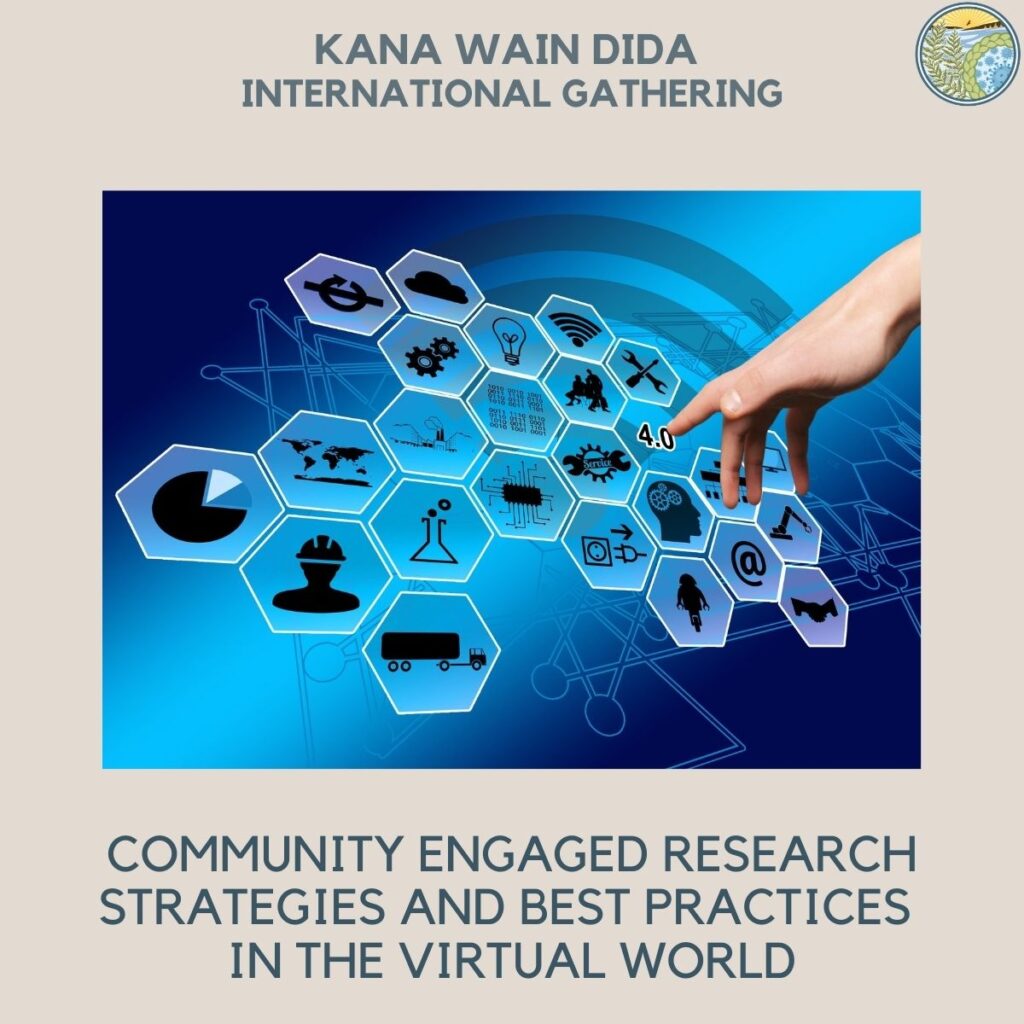 Integral Ecology Group and Kitatipithitamak Mithwayawin This panel discussion will include unique perspectives from a university professor, a community researcher, stewardship and community development managers, and social science consultants on their first-hand experiences of supporting and engaging community members in … 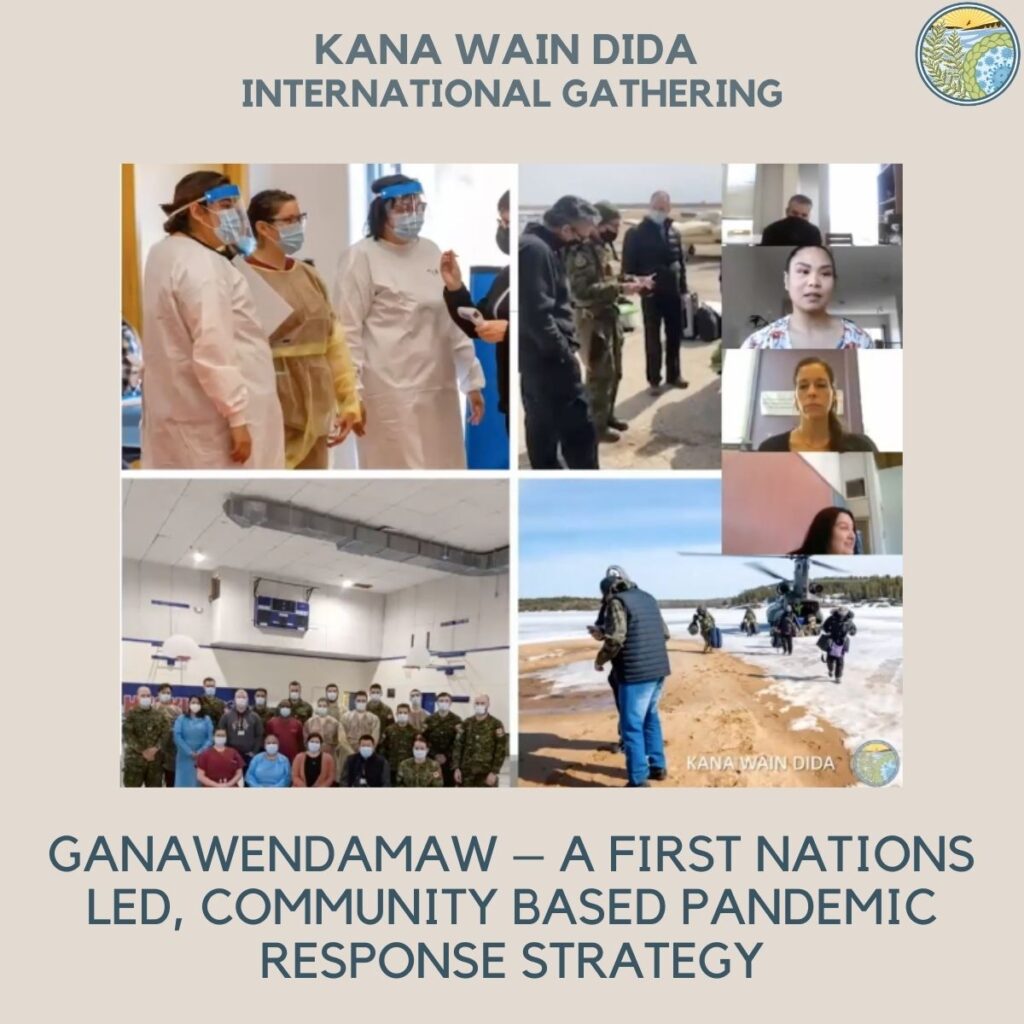 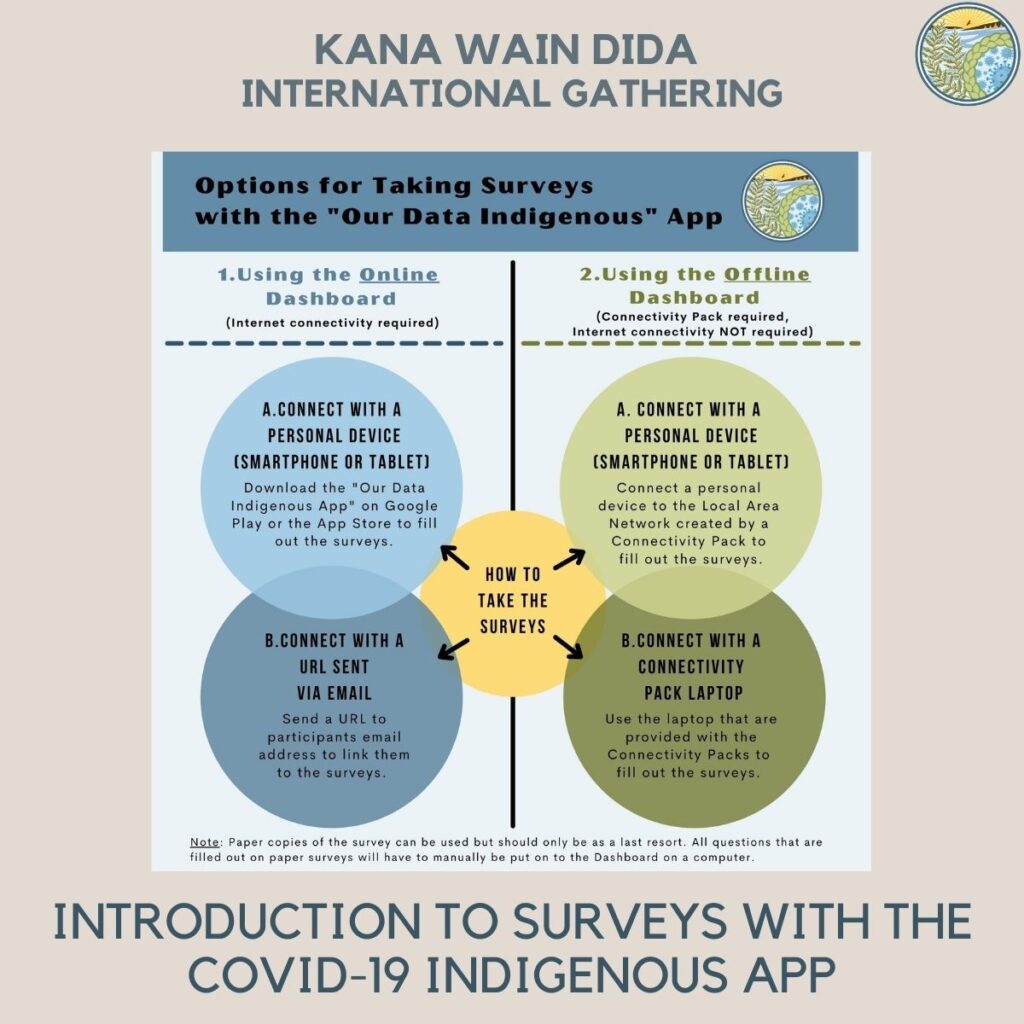 Introduction to Surveys with the COVID-19 Indigenous App 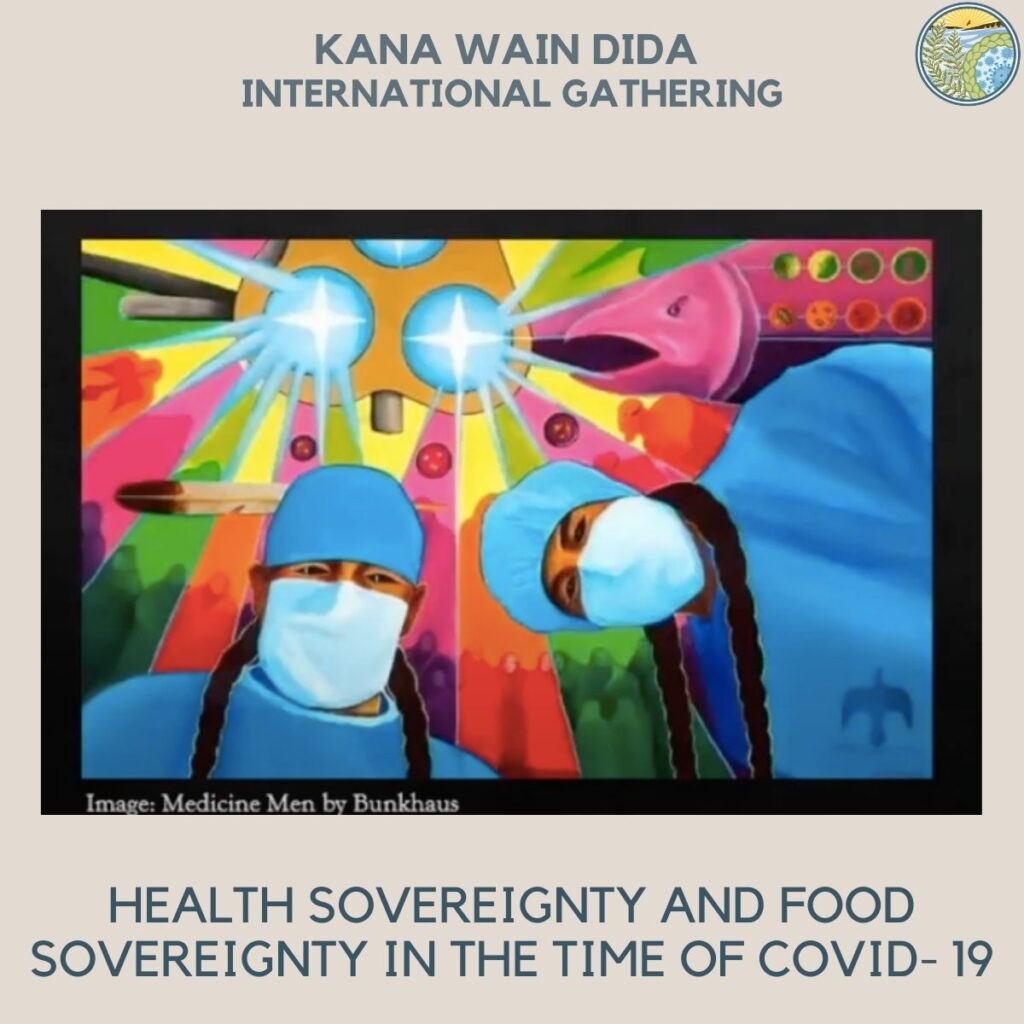 Health Sovereignty and Food Sovereignty in the time of COVID- 19: Sharing Community Perspectives 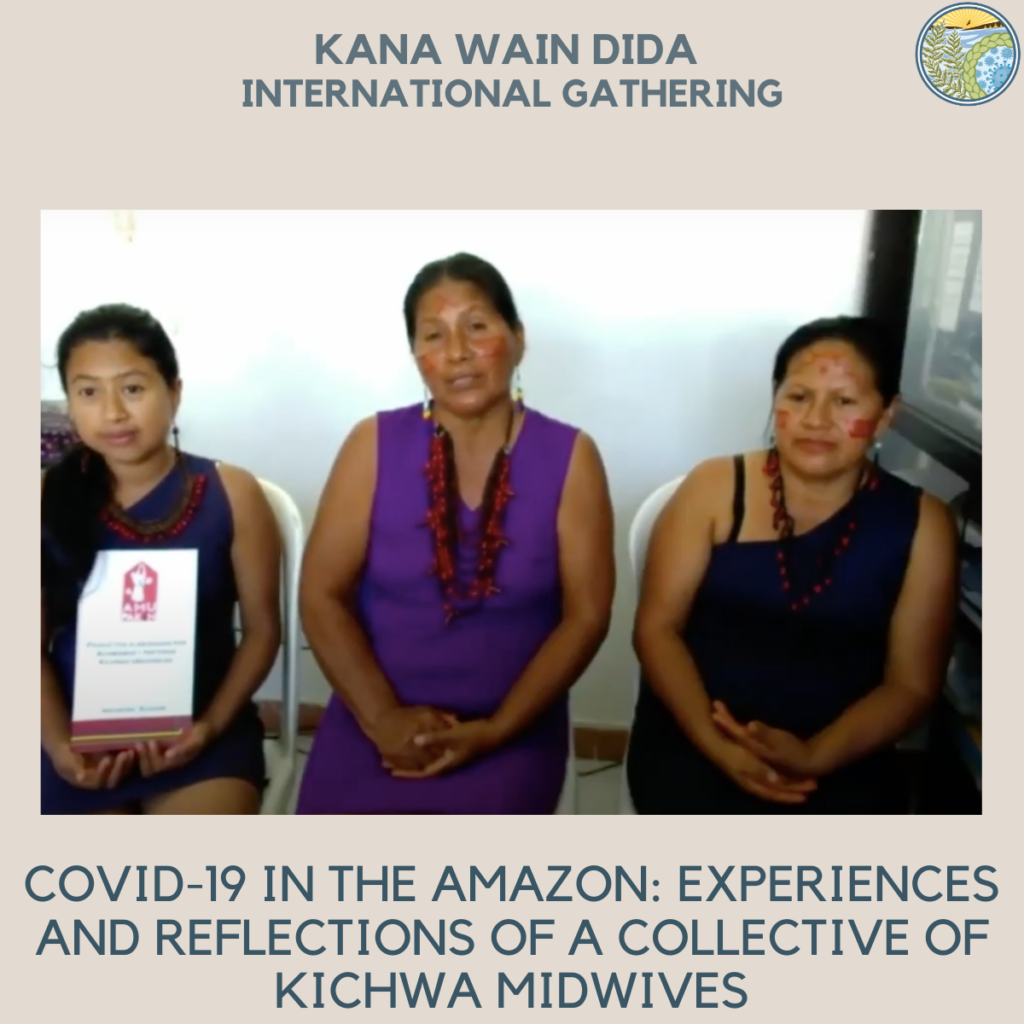 Covid-19 in the Amazon: experiences and reflections of a collective of Kichwa midwives

AMUPAKIN (Asociación de Mujeres Parteras Kichwas del Napo) and Community Engaged-Learning, University of Manitoba This presentation will include the showing and discussion of a mini-documentary developed by AMUPAKIN. AMUPAKIN is a community of Kichwa midwives that offers birthing and traditional … 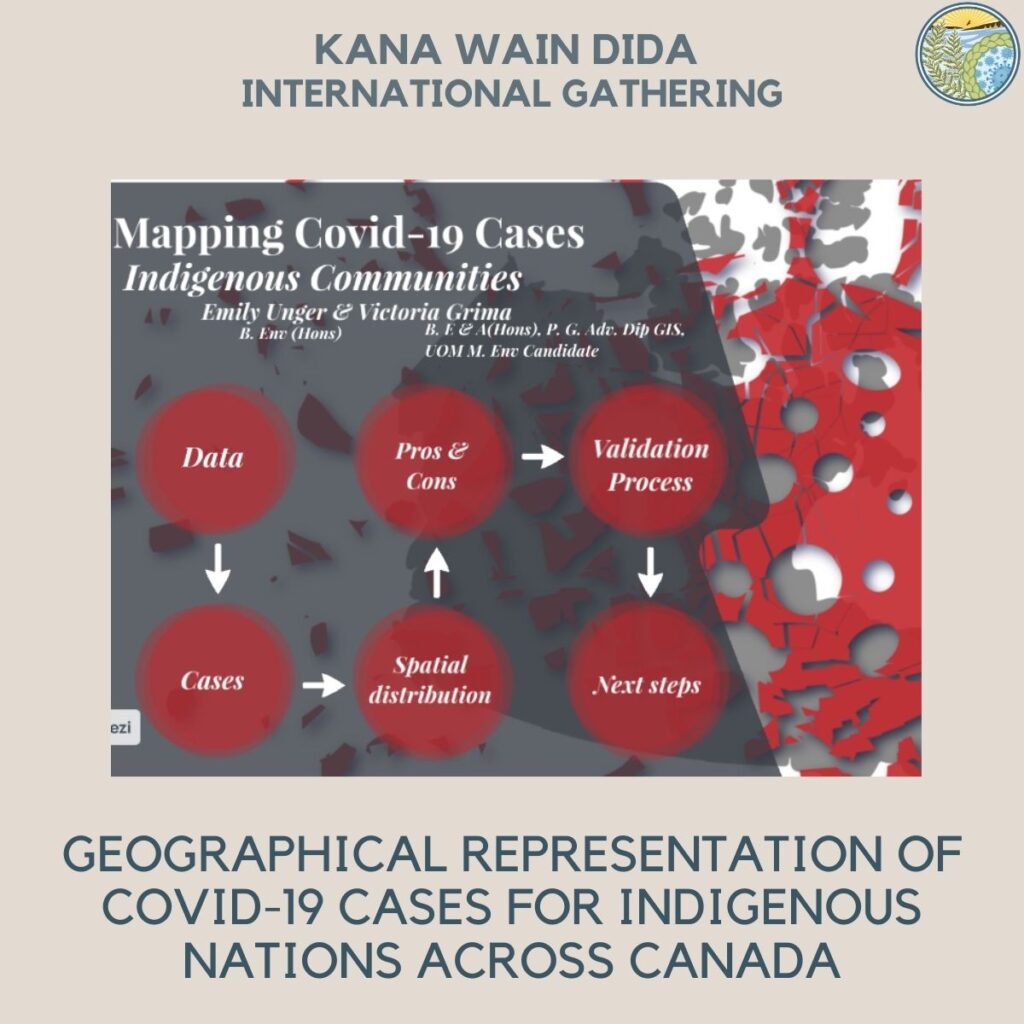 Geographical Representation of COVID-19 Cases for Indigenous Nations Across Canada

Victoria Grima (University of Manitoba), Emily Unger (Kitatipithitamak Mithwayawin) This presentation intends to highlight the challenges perceived during the collection of COVID-19 data pertaining to Indigenous Nations across Canada. The presentation will be followed by a question and answer period, …

Lessons Learned from COVID-19 through a First Nations Lens: Why Western Science is Not Enough

Mary Jane McCallum is a Cree woman from the Barren Lands First Nation in Brochet, Manitoba. Her husband, Ron Phillips, is a professor at Nipissing University and her two daughters, Courtenay and Keeley Phillips, are both lawyers, one working in Saskatchewan and the other in British Columbia. In 2016, Mary Jane reunited with her son, Jonathan, whom she gave up for adoption in 1975. In the reconnection to her son and his family, Mary Jane is learning the importance of stepping softly, choosing her words carefully, and respecting their sacred space. Mary Jane uses their sacred reconnection as an example of reconciliation. She wishes to thank Jonathan’s family, especially his mother and father, for being parents who loved, kept him safe and prepared him for his journey on earth. Mary Jane started her career in the dental field as a dental assistant in 1973. Mary Jane then received her dental nursing diploma in 1977, dental therapy diploma in 1979, and her dental degree from the University of Manitoba’s Faculty of Dentistry in 1990. Mary Jane spent most of the past forty-eight years providing dental services and treatment to First Nations in Manitoba as a dental nurse, dental therapist and dentist. From 1996-2000, she worked as the Regional Dental Officer for the province of Manitoba. In 2000, she worked as an Assistant Professor in the Faculty of Dentistry at the University of Manitoba. Yet, her passion always remained working with Indigenous people in the community-based setting. After nearly five decades in the dental field, Mary Jane has recently retired from dentistry. Mary Jane went to the Guy Hill Residential School in Manitoba from 1957–1968. Mary Jane continues to present to school children, university students, academics, and communities about residential school. She believes that Canada must never forget the genocide of their Original Peoples and that lateral and vertical violence against Indigenous Peoples still exists today; a result of sustained governmental policies. On Dec. 2, 2017, Mary Jane was appointed to the Senate of Canada as a representative of the province of Manitoba. She assumed this mantle with reconciliation top of mind, recognizing its importance for Canada if we are to be recognized as human rights leaders. Mary Jane supports the ongoing resistance, resurgence and rebirth of Indigenous sovereignty. In recognizing and reclaiming our own autonomy, she believes that Indigenous Peoples are well on our journey towards reclaiming our spirit and power. As one Elder had told her: “Our children and grandchildren will climb on our shoulders as we did with our ancestors.” 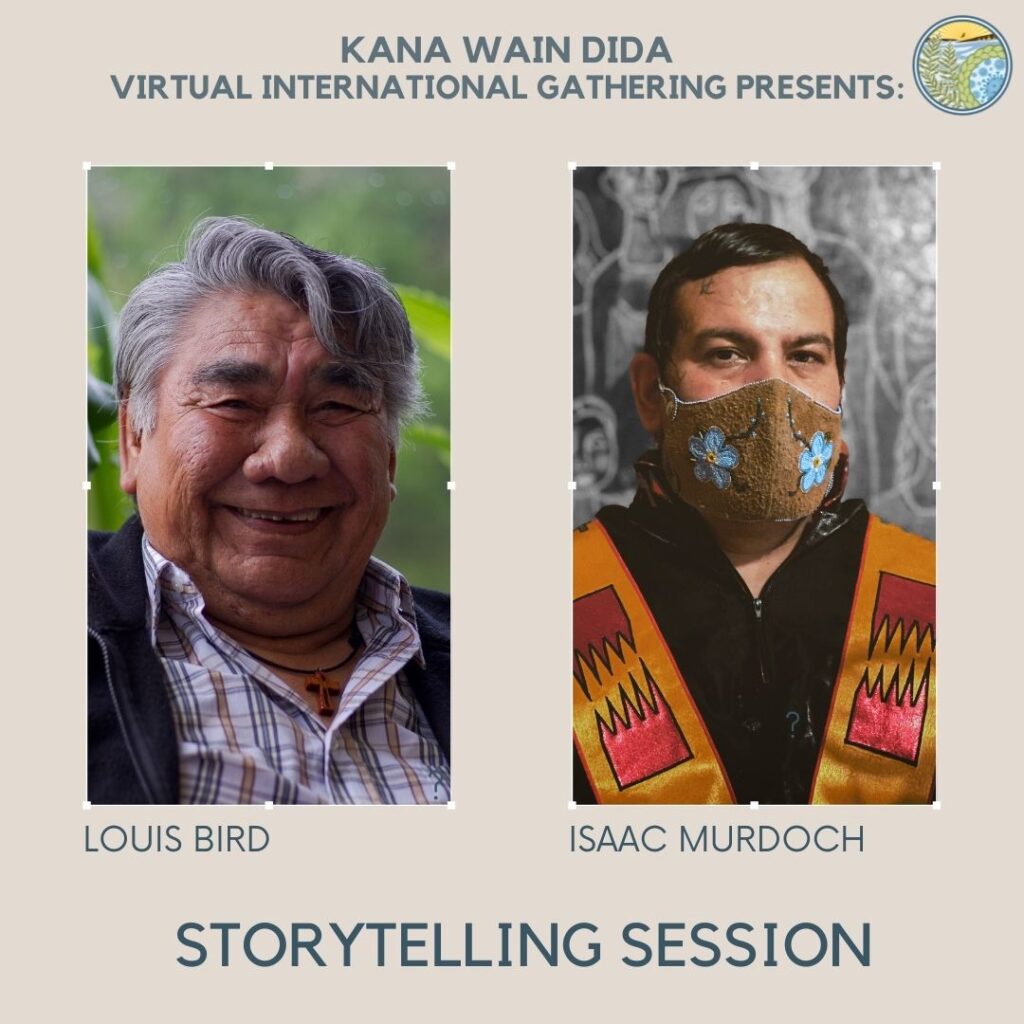 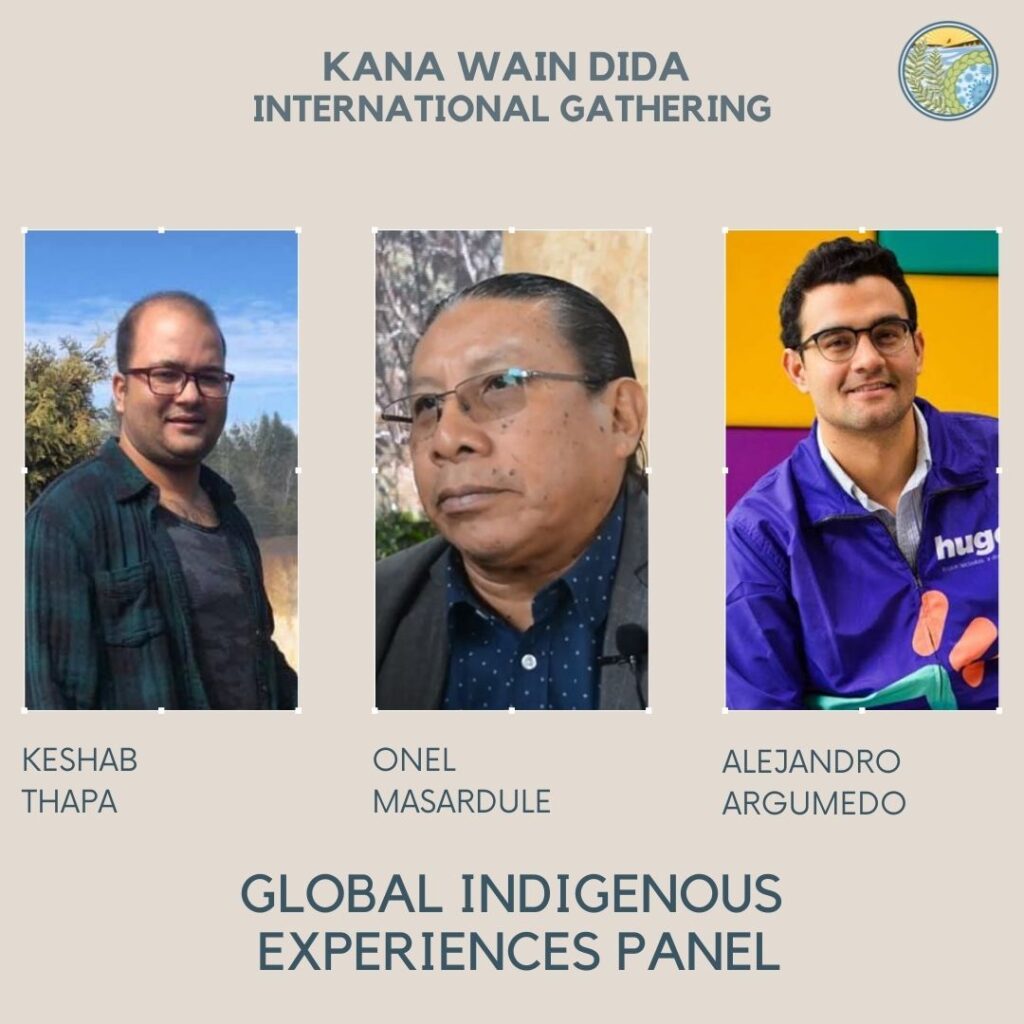 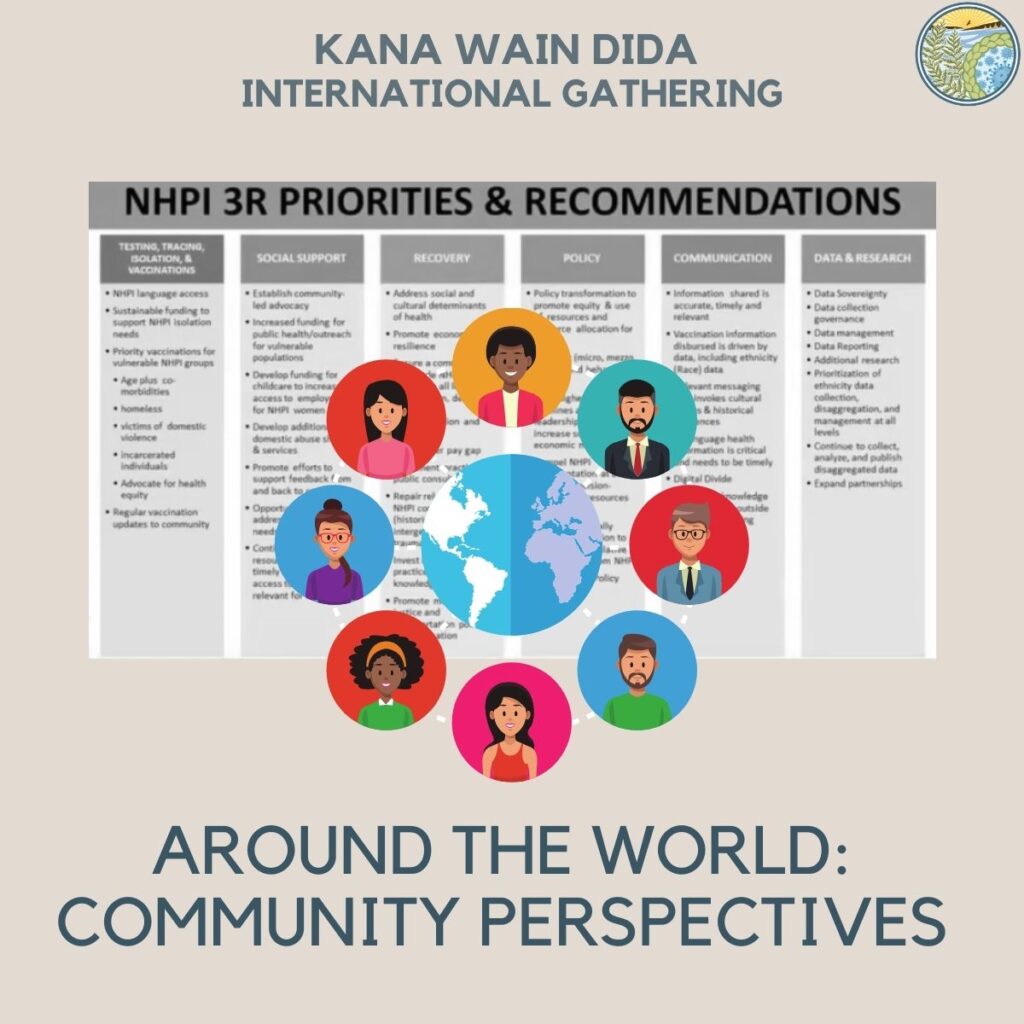 Around the World: Community Perspectives Panel 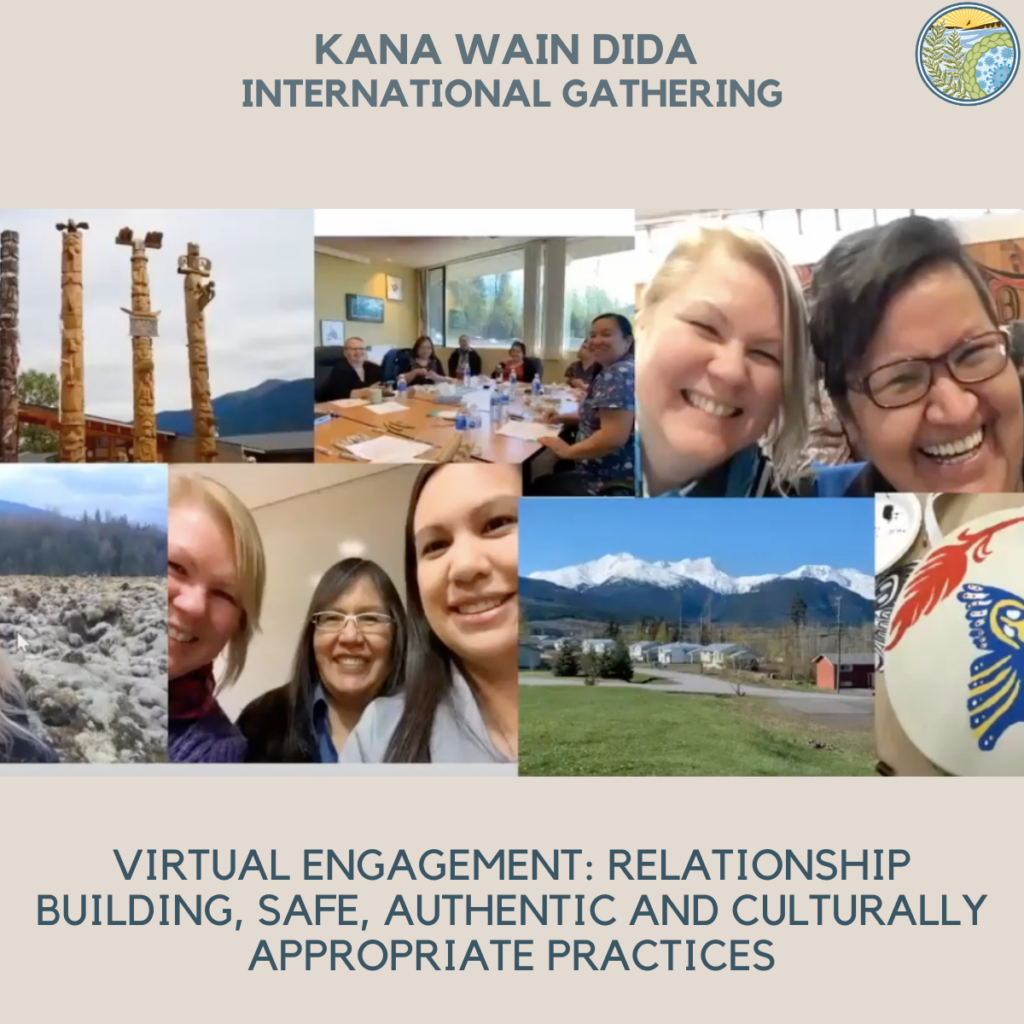 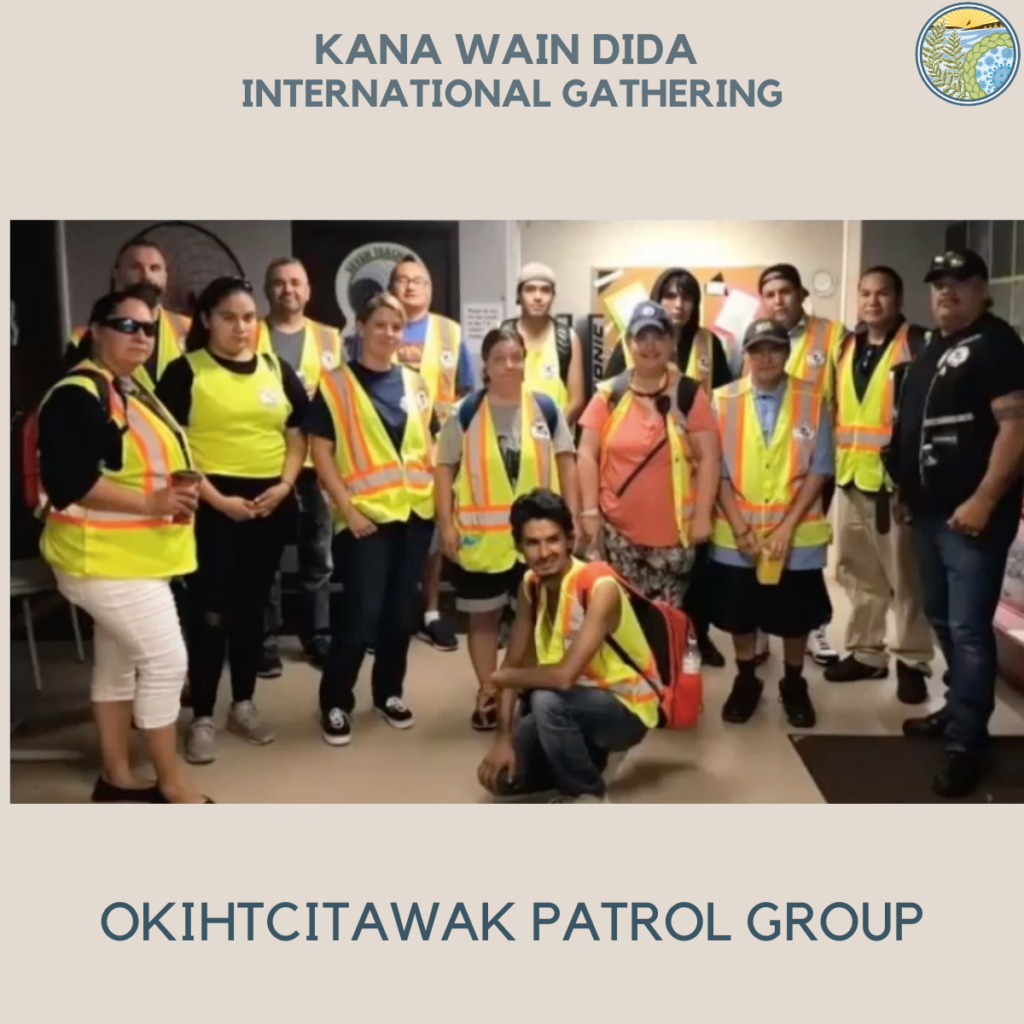 Saskatoon, Saskatchewan, Canada This session will look at the origin, role, and realities of the Okihtcitawak Patrol Group. This Saskatchewan based group will share stories about how they have been adjusting during the pandemic times, their experiences in becoming their … 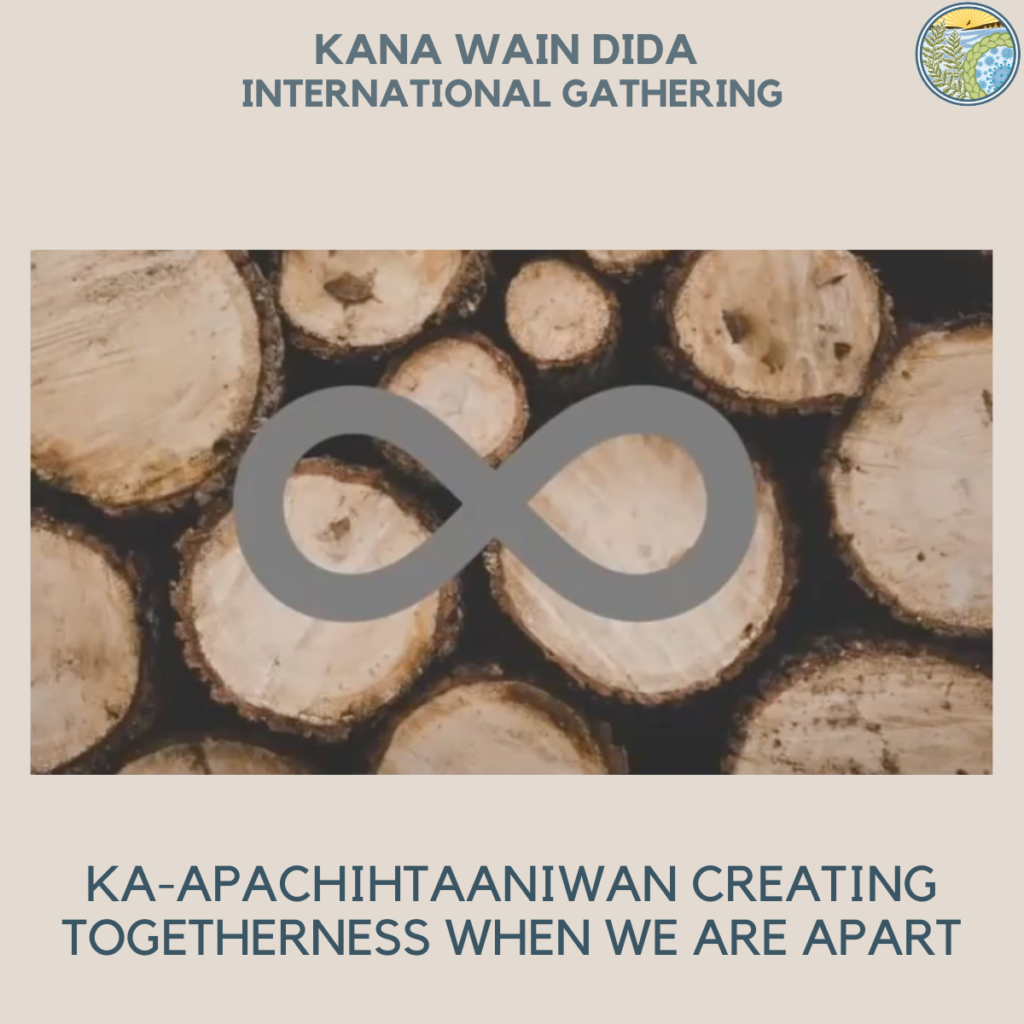 Ka-apachihtaaniwan Creating Togetherness when we are apart 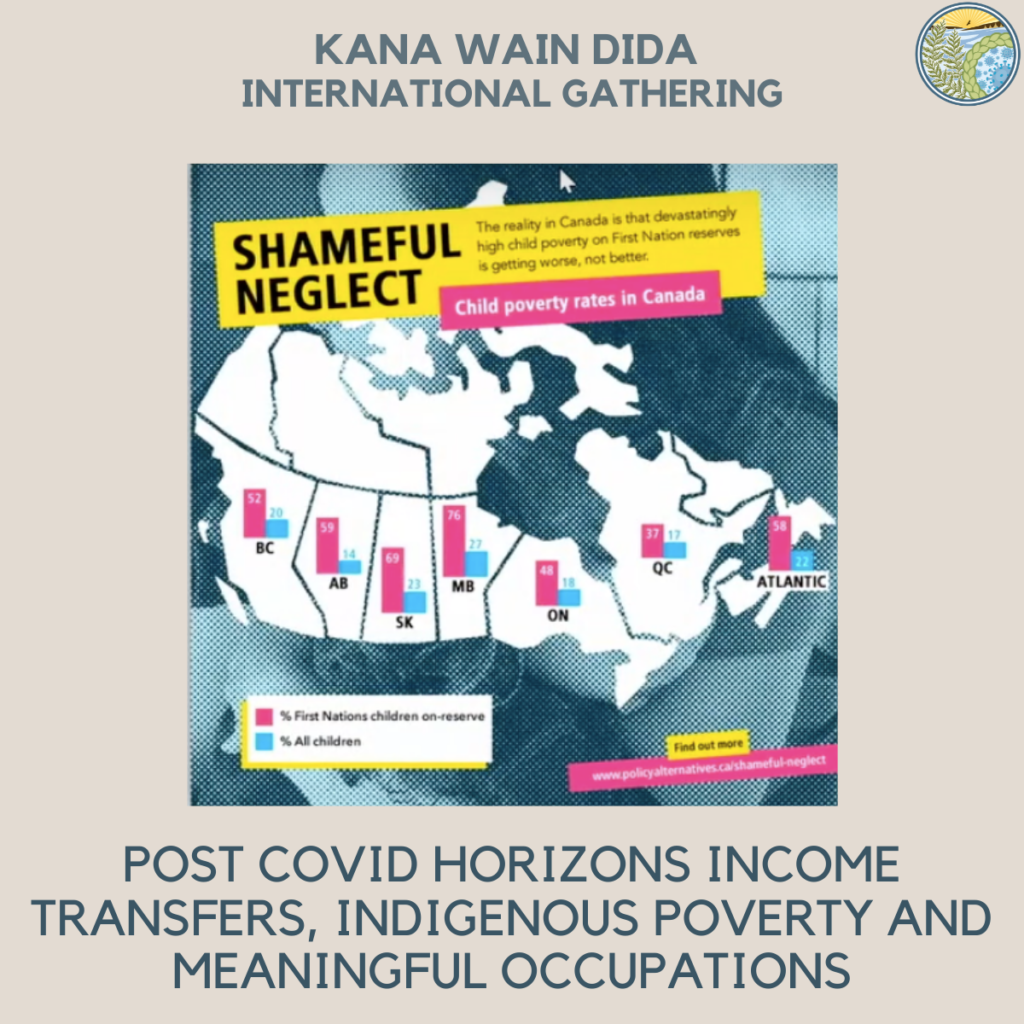