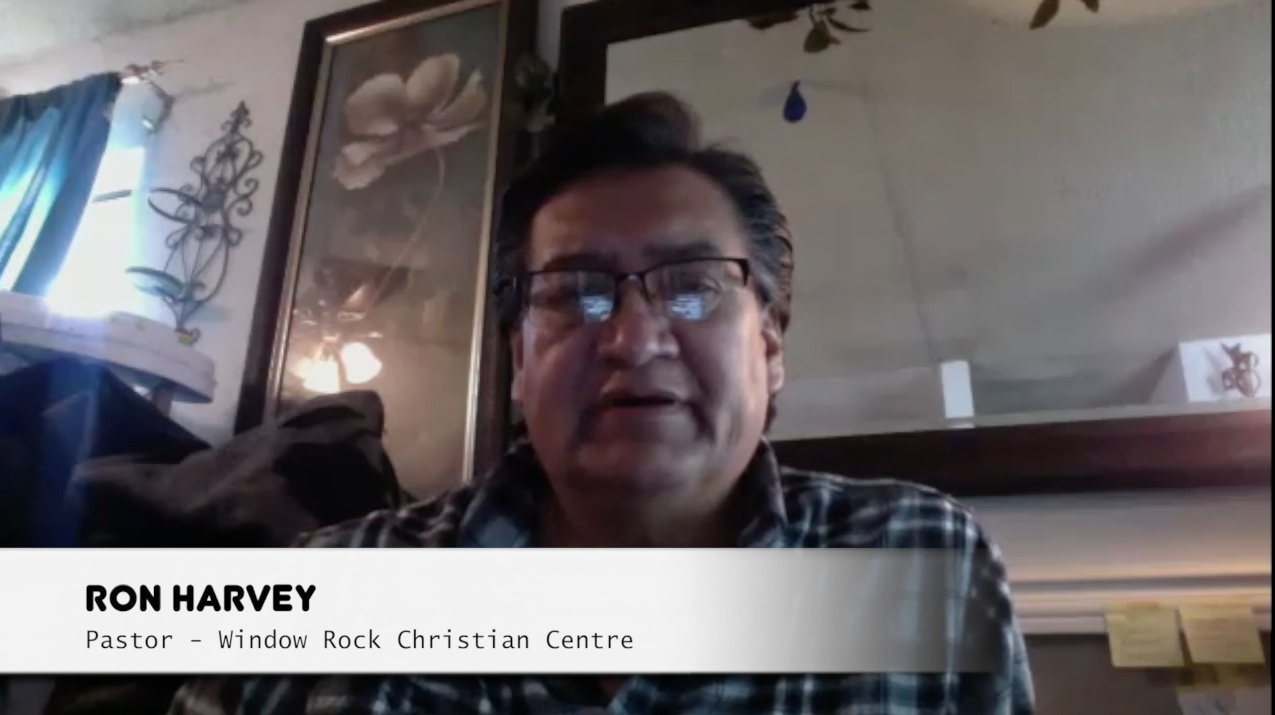 “Lots of things have hit before, but still, here we are.”

One of the central aims of this project, Kitatipithitamak Mithwayawin, is finding out from Indigenous people on the ground how their communities are responding to the Covid-19 crisis and sharing those stories here, on our community voices page.

On March 27th Dr. Myrle Ballard and Dr. Steph McLachlan spoke with Ron Harvey, a connection of Myrle’s, for our very first conversation for community voices. Ron is a pastor at Window Rock Christian Centre, located in Window Rock, the capital of Navajo Nation. Navajo Nation, a territory that spans parts of Arizona, Utah, and New Mexico and home to more than 350,000, is currently in lockdown, with forty-nine cases of Covid-19 at the time of the interview.*

The response from the Navajo Nation government has been strong. The day before this interview took place the government had set up a roadblock, and the president of NN and his staff were there informing people of what was happening and why. The tribal government has also been reaching out through social media, radio, and newspaper, to try to ensure people know what is happening and what to do. A recent forum on the radio reached half a million people, Ron estimated.

Schools, restaurants, and most stores are shut down. Many people have been travelling to the Walmart (located in Gallup New Mexico, half an hour away, which has stayed open with reduced hours) to stock up on supplies. Ron told us how he’d seen people lining up at five o’clock in the morning, with many essentials out of stock by ten o’clock the same morning.

About his own work, Ron said: “We shut down our church services, we’re not doing any services. The only thing we’re doing is online videos, chats and Facebook and so on. So that’s what we’re doing here.”

However, he’s noticed that some people don’t understand the severity of what’s happening, maybe because of language. Ron had recently spoke with a woman who had had little knowledge of the risks associated with Covid-19, until he explained it carefully in Navajo to her. He worries that some older Navajo members do not understand the severity of the virus because it does not translate well into their language.

I think if you would explain to the people, whether it be Navajo Hopi, whether it be Cree, Sioux, whatever language. ….to explain it in Navajo, it goes deeper than what the English language is saying. And to explain that to our people, that they may understand that.”

But he also highlighted the positive aspects to being forced to slow down:

“Our lives have been on the go. Every single day. The moment you get up and sundown you’re ready. We’re doing things. We forgot our families. We forgot to talk to them. We forgot, you know, just being home. We forgot God, we forgot to pray. We forgot to do all these things, and now everything is put to a halt.”

For Ron this has been an opportunity and a reminder to connect with family, especially his five children, and his mother.

In the end, he said, his faith keeps him strong and makes him believe that he and his people will get through this:

We as Indigenous people, people that are host people of the land, First Nations people, the Native American people, your God has got you. I believe that God is going to pull us through. He will pull us through.”

Ultimately, the pandemic will just serve to show the long-standing sense and resilience of his Nation and Indigenous people across North America:

“This is not the only thing that we’re going to go through….Even in this Nation we’re seeing some things go down. But I believe that we’ll pull through this as a people, as Navajo Nation, as the Indigenous tribes of North America. Lots of things have hit before, but still, here we are.”

* As of the publishing of this interview on April 10, there are now 384 cases and 15 deaths—click here for even more current information. 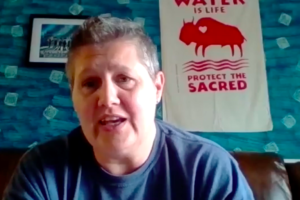 Protecting the Land in a Pandemic 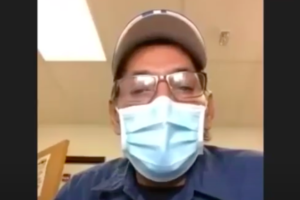