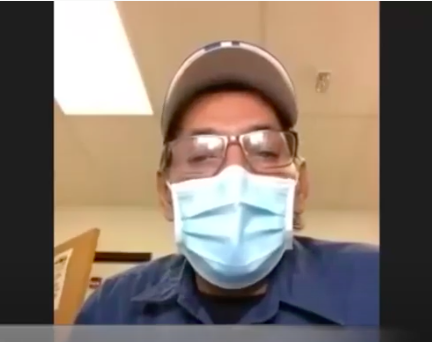 Dave Scott is an Elder in Swan Lake First Nation in Manitoba. This past spring, he recorded an interview with us from the community health center. He spoke with us while wearing a mask, as with underlying health conditions Dave is among those who are at higher-risk of catching, and facing complications from, Covid-19.

Swan Lake First Nation is in south central Manitoba, about 20 minutes from the United States border, with two provincial highways running through it, and approximately 790 people on the reserve.

As an Elder, Dave feels responsible for making decisions that will protect not only his family and community’s physical health, but also their spiritual and mental health.

“I’m not able to do the things that that I know I’m supposed to do. So those things concern me quite a bit so that’s all stuff that I have to carry on my shoulders.”

The community has been allowing community members to come home, and encouraging them to self-isolate, though many are moving in with family and do not have a separate place they can isolate in. Dave spoke about the challenges of making sure everyone is respecting social distancing guidelines:

“There are still some problems with people that are not following the suggestions of separating from one another….we have an inherent thing that is to always be together.”

“There’s those few that just like anywhere else….think they’re invincible or they think that this thing doesn’t apply to them. So, you know, there are drinking parties or that kind of a thing that’s still happening.”

But the lack of social distancing is sometimes driven by basic needs—for example, those who are homeless will ‘couch-surf,’ staying with friends and relatives:

“People move from home to home, because they’re homeless. So family members take them in regardless, right? That’s just the way we are, you just support one another in that way, whether it’s for a day or two, and then they move on to the next family member—that happens a lot here.”

Living in poverty means that some people are preoccupied with taking care of basic needs before they can worry about Covid. Their existing challenges have not gone away just because of the pandemic:

“People don’t make good decisions when they’re living in poverty…24 hours a day, they’re in survival mode. You know, just to get from one from point A to point B, to deal with whatever issue that they’re dealing with, whether it’s hunger, a place to sleep, their health, their drug problem, those things are still happening. And that’s poverty.”

Dave mentioned there are also tensions in between the Chief and Council and the health centre over who has the authority to make and enforce decisions:

“It’s a provincial authority, and the chief and council should properly delegate that authority over to the health department. Being that this is a health issue. It is not a political issue. There’s politics involved, but that’s where the Chief and Council can deal directly with government in terms of the enforceability on the reserve.”

H1N1 and other crises before revealed how colonial systems at the provincial and federal levels pose barriers to First Nations communities seeking to take care of their own needs:

“We didn’t have a lot of say in how we want it to be treated, or even, have a say in what we can do here. Those things are controlled by the Department of Indian Affairs. So basically we’re kept in the dark. The health services of the province at that time made all of those decisions and we were not participants.”

Dave said he thinks this time has been better. In spite of challenges, the community responded early and proactively. They hired an emergency preparedness worker and held community meetings to discuss what measures would be taken. Protective measures included:

“We’ve got all the precautions in place, if we do get a positive case out here….we don’t really know how severe it’s going to be until it gets here. I’m really hoping that it doesn’t get to that point. But yeah, I feel confident that we’re ready.” 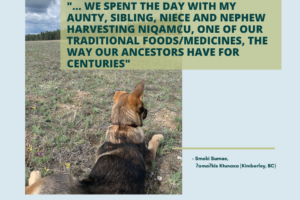 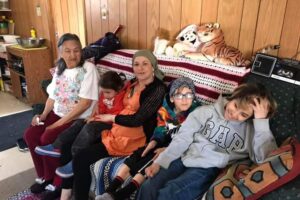 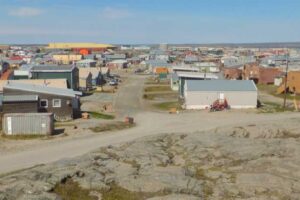